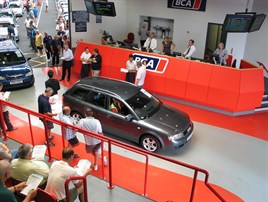 Fleet values continued to decline as they have done ever since the market peaked in January – with six consecutive monthly falls now recorded, values are 10.5% lower than at the start of the year.

The headline average used car value declined in July, as would typically be expected at the onset of the summer holiday months.

Sold volumes stalled after several months of steady growth, falling by 5.5% - a reflection of the generally lower levels of activity over the summer months. Performance against CAP Clean improved by around a point to 95.6%.

BCA communications director Tony Gannon said: “The summer months are typically a time of slow demand and reduced activity in the retail car markets and this is reflected in the wholesale used car sector. While there are, of course, worrying signs from the economy that will not have helped, it is not unusual for values to fall back in the peak summer months.

“However there are some pressures in the marketplace and conversion rates remain fragile. We expect the market to remain steady during August, but will be looking for activity to increase in the wake of the September plate change.”