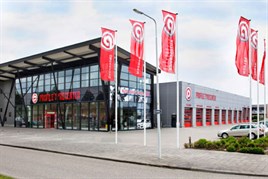 A new network of independent tyre providers is aiming to become the number one choice for leasing and rental companies in the UK.

Mike Riley, managing director of Tyrenet UK and the new CEO of Profile Tyrecenter UK, told Fleet News that the fleet market was desperate for a new nationwide provider.

He said: “We know that car and van fleets are dissatisfied with the current solution they are getting from the major providers. Fleets want to change and they want quality service providers, and they want us to provide the solution.”

The UK is the fourth biggest market in Europe for tyres, behind only Germany, France and Italy, with more than 3,000 specialist tyre outlets.

Kwik-Fit, which has approximately 85% of the fleet market, is the biggest provider with around 670 outlets, while ATS Euromaster has more than 360 sites.

Tyrenet UK, which has focused on the truck market, already has a network of 650 independent outlets.

But as Profile Tyrecenter UK it hopes to bring its existing network on-board and add an additional 350 sites, making it the biggest fleet tyre network in the country.

“I always wanted a solution in the UK for car and van fleets, but knew it would take time and money, neither of which we had,” said Riley.

“However, I realised that the solution was in front of us with the existing relationship we had with the market leader in the Benelux countries.”

Tyrenet UK and Profile Tyrecenter BV have been working together for several years with others in the Ten group, which consists of some of the biggest independent tyre dealer networks in Europe.

The new partnership aims to capitalise on the commercial management, IT and marketing expertise of The Always Be Mobile Company, parent company of Profile Tyrecenter.