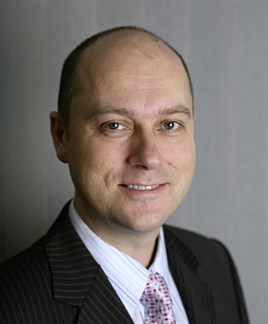 Audi UK has confirmed that James Douglas will be the manufacturer’s new head of fleet sales after Fleet News exclusively revealed he was joining the company in October.

Meanwhile, the head of aftersales and service role, which until now has been central to the brand’s quest to continually evolve and improve the ownership experience, has been replaced by two new positions - head of service and parts operations and head of customer quality and network development.

Paul Sansom, who until now has held the position of head of aftersales and service, shifts his focus to the ‘front end’ of the retail process as head of sales, while sales operations manager Andy Williams takes up the newly created role of head of vehicle planning.

Douglas joins the brand as head of fleet sales after 14 years’ at Nissan Motor GB, where he delivered the highest-ever profit for Nissan fleet sales in 2011 and presided over a significant increase in market share.

Director of Audi UK Martin Sander said: “Fundamentally, the changes we have made will help us to intensify our focus on customer satisfaction, and to sustain and better coordinate that increased focus.

"Our new appointments and the enhanced structure they have helped to form are also vital components of our strategic plan to become the leading premium brand in the UK.”

Bower, Cranswick and Williams started in their new roles on November 1, and report directly into Sander. Douglas joined Audi Fleet on November 5 and reports into head of sales Sansom.