Eastlake made MD of the Low Carbon Vehicle Partnership 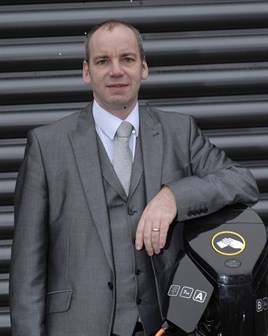 Andy Eastlake has been appointed as the new managing director of the Low Carbon Vehicle Partnership (LowCVP) – the organisation established to support the Government’s Climate Change Strategy by delivering greenhouse gas reductions from the road transport sector.

Eastlake has a strong background in mechanical engineering, spending most of his career to date at Millbrook Proving Ground where he has specialised for the last 15 years in powertrain developments.

He joined Millbrook after a year’s training with Vauxhall Motors by whom he was sponsored to study for a degree in mechanical engineering at Southampton University.

Throughout his career, he has worked to ensure that robust data is used to prove the credentials of green vehicles and to demonstrate scientific integrity in the marketing claims of vehicles and systems.

Transport minister Norman Baker said: “I look forward to working with Andy Eastlake in his new role as managing director of the Low Carbon Vehicle Partnership.

“The LowCVP is a valued partner in the challenging and important work to reduce carbon emissions on our roads. I am delighted to welcome Mr Eastlake and wish him every success.”

During his tenure with Millbrook, Eastlake has been an active and enthusiastic member of the Low Carbon Vehicle Partnership.

Following his election as chairman of the LowCVP’s Members Council in 2009 he joined the LowCVP Board. In 2011 he was named LowCVP Member of the Year after a vote of members of the secretariat. The award was presented at the Partnership’s Low Carbon Champions Awards ceremony held in London last November.

Eastlake said: “I am looking forward to working with the excellent secretariat team and with the Board, who I regard as both friends and colleagues, to create industry collaboration and government support towards the ultimate aim of carbon free mobility.”

Eastlake will take up his post as managing director of the LowCVP on April 16.