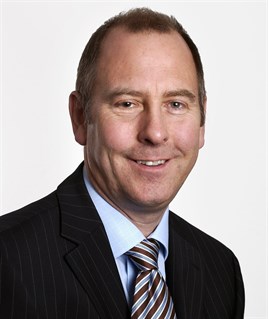 Robert Hazelwood will replace Chris Craft as director of Volkswagen Passenger Cars from May 1.

The appointment is a result of Craft recruited to become managing director of Porsche Cars GB. He will take on his new role from April 1.

Hazelwood, currently director of Škoda UK, joined Volkswagen Group in November 2005 as head of group synergies, before assuming the role of drector of Volkswagen Commercial Vehicles UK in May 2006.

He moved to his current position at Škoda following two years at Volkswagen Commercial Vehicles.

Before joining Volkswagen Group, Hazelwood worked for eight years at Inchcape Group where he held a number of roles including managing director of Inchcape Retail, Mazda France and Maranello Concessionaires.

Commenting on the new appointment, Simon Thomas, managing director of Volkswagen Group UK said: "Robert has made a tremendous contribution to the business of the Volkswagen Group in the UK since he joined the company as head of group synergies in Group Services just over six years ago.

"He has been an extremely effective director in Volkswagen Commercial Vehicles and then at Škoda. I’m sure he will relish the challenge of taking the helm at Volkswagen Passenger Cars."