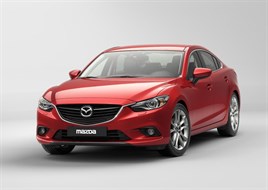 Mazda has unveiled the third-generation Mazda6 at the Moscow motor show a month before new diesel versions are shown for the first time in Paris.

The new Mazda6 is the second car in the new Skyactiv family, which uses weight saving measures in construction, engine and gearbox, to help improve fuel consumption and cut CO2 emissions. 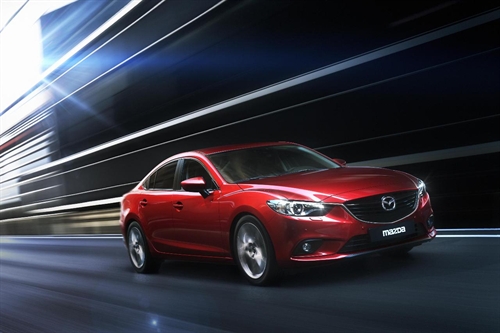 It follows the CX-5 crossover launched in May, and is the first Mazda to use i-Eloop technology to recapture energy when braking. Combined with standard stop/start technology, this is expected to result in CO2 emissions of 106g/km when the 150bhp 2.2-litre diesel version is launched. 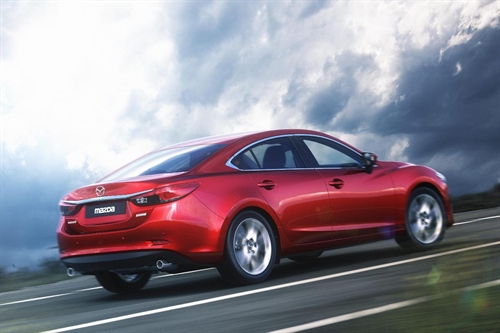 The wheelbase of 2,830mm is 105mm longer than before, resulting in more interior space, while the front wheels are 100mm further forward which should mean more responsive handling.

The Mazda6 will be available with new safety features, including high-beam control (to prevent dazzling oncoming traffic), adaptive front lighting and hill launch assist as well as carrying over rear vehicle monitorong (a blindspot monitoring system) from the previous model. 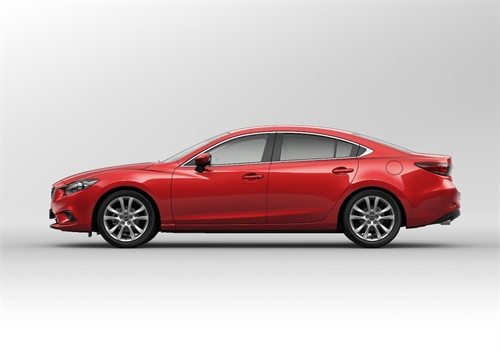 Smart City Brake Support (SCBS) uses a near-infrared beam sensor to monitor the distance to the vehicle ahead and prevent or greatly reduce the severity of frontal collisions at up to 19mph by automatically applying the vehicle’s brakes.

"We wanted to create a car that reacts and behaves exactly as you expect it to. Part of this involved carefully crafting those parts of the car which you often touch to feel as though they are an extension of your own body.

"The distinctive exterior design hints at the power and agility with which the car moves. A variety of original innovations support a comfortable and enjoyable driving experience. Mazda’s superb engineering and craftsmanship have created a car that handles so well it seems to respond directly to the driver’s intentions rather than the physical manipulations of steering, braking and accelerating.

"In short, the new Mazda6 offers the ‘joy of driving’ that people have come to expect from a Mazda, but now the experience starts even before you get behind the wheel and lingers long after the drive is over. I can’t wait to see the look on the faces of people getting out of the car after their first time behind the wheel of the new Mazda6." 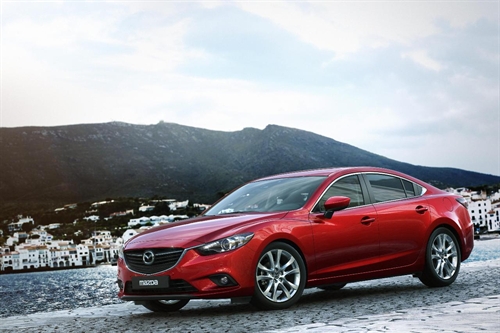 The Mazda6 is based on the Takeri concept car shown at the Tokyo motor show in 2011 and the Geneva motor show in 2012, but is almost identical in appearance apart from its smaller wheels and conventional door mirrors.

Mazda has decided not to launch a hatchback version of the new Mazda6, while UK sales are expected to start early in 2013.