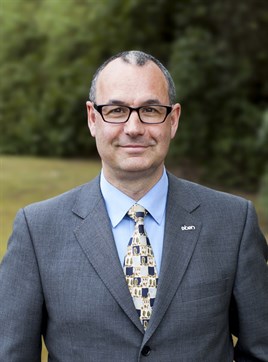 BEN, the automotive industry charity has announced the appointment of Nigel Rothband to the newly created role of chief operating officer.

The addition of this post to BEN’s senior management structure is a cornerstone of the charity’s plan for strategic development.

Rothband will report directly to David Main, BEN’s chief executive and will be instrumental in building on the charity’s already firm foundation. His main objectives are to further raise awareness, extend the range and reach of BEN’s services and increase the fund’s capacity to help an even greater number of automotive industry employees, past and present.

Spanning more than 35 years, Rothband has had an extensive career in the retail industry and latterly the charity sector.  After a firm grounding with BHS he moved to Arcadia Group, where he spent 14 years in various senior positions including retail director.

Rothband then moved to the Body Shop where he spent he spent three years as retail managing director working directly with Anita Roddick. 2003 saw Rothband’s first move into the charity sector when he was appointed CEO of Retail Trust. With his guidance the charity launched a number of new support initiatives including an Employee Assistance Programme and enjoyed a significantly raised industry profile.

Commenting on his move Rothband said: "The team at BEN have made real progress in recent years despite the difficult economic climate which I know from experience has impacted the charity sector more than most. I am wholly committed to helping shape the future of BEN and reinforcing its bond with everyone involved in the automotive industry."

Main added: "Our Executive team have worked tirelessly over many years to grow BEN’s services and strengthen the fund’s financial position. The creation of this new role is the next stage in our strategic development and resolve to deliver the vision we have always held for BEN.

"I am delighted that Nigel has agreed to join our team as his experience will ensure that BEN continues to progress and adapt to the changing needs of everyone involved in our industry. Maximising operational efficiency is fundamental to BEN’s future and I am also proud to say we have we have managed this key structural change without affecting overall headcount."