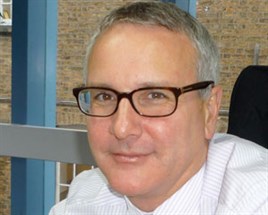 The role, which he will hold for the next two years, was made official at the Association’s recent AGM.

In his new capacity, Cakebread will be actively involved in representing the interests of all members – both large and small – and helping to ensure the future health of the industry.

With a career in the leasing industry spanning more than 30 years, Cakebread has been a committee member of the BVRLA for more than 10 of those.

From 2007-2009 he was chairman of the leasing and fleet management committee, before becoming BVRLA vice-chairman in May last year.

Cakebread said: “The industry is regularly being bombarded with new demands and regulations from the Government, some of which have the potential to be quite damaging.

“This is where the BVRLA has a vital role to play – lobbying the government in order to represent members’ interests and drive forward change.

“Marshall Leasing itself is one of the Association’s smaller members and so I’m very aware of the challenges, as well as the opportunities, that smaller companies in the industry are facing at the moment.

“I want to ensure that large and small members, across both rental and leasing, have their needs recognised and are supported by the Association.”