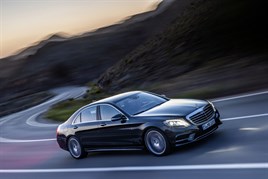 The new Mercedes-Benz S-Class has been revealed with a 115g/km diesel hybrid variant.

The model is an entirely new design and is packed with technology, and could be a benchmark car in the sector.

Dr Dieter Zetsche, chairman of the board of management of Daimler and head of Mercedes-Benz cars said: "Rather than being about safety or aesthetics, power or efficiency, comfort or dynamism, our aspirations were 'the best or nothing' in every respect. No other car stands for the Mercedes-Benz brand promise more than the S-Class." 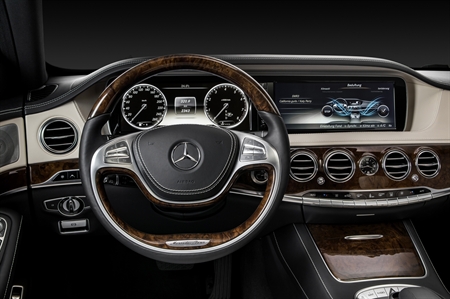 The new Pre-safe functions can help to prevent collisions with pedestrians and vehicles in front in city traffic, defuse dangerous situations caused by traffic behind and enhance the protection offered by the seat belts.

The S-Class will arrive in the UK toward the end of the year with petrol and six-cylinder diesel variants with a four-cylinder S300 Bluetec diesel hybrid model to follow. Mercedes-Benz will also introduce a plug-in petrol-electric S500 later.

Preliminary figures suggest CO2 emissions from 146g/km for the S350 Bluetec and up to 51.3mpg on the combined cycle, while the S300 Bluetec hybrid achieves 115g/km and 64.2mpg. 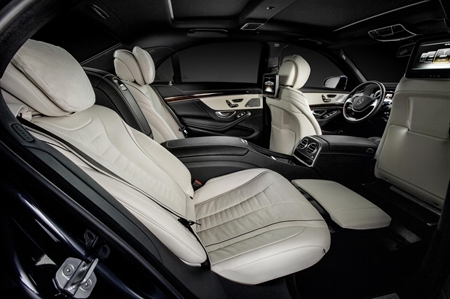 Mercedes-Benz claims the S-Class with be the first car since the introduction of electric lighting on motor vehicles not to contain any light bulbs as all light is produced by LED. Almost 500 LEDs in total illuminate the road, the interior and the boot.

The new S-Class is the world's first car to be able to detect bumps on the road ahead, with an optional road surface scanning feature which then primes the suspension to compensate for the uneven surface ahead.

Prices will be announced closer to the car's on-sale date, but expect them to start at around £64,000. 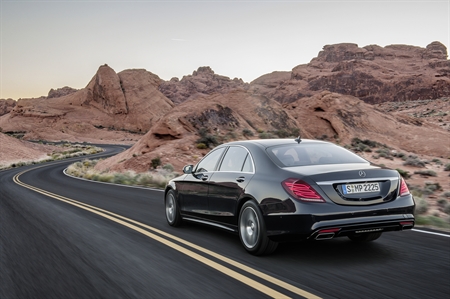