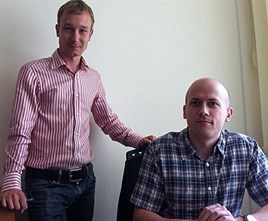 Fleet Logistics, which manages in excess of 110,000 cars on behalf of large international fleet customers, has launched into the growing Polish fleet market with new staff and offices in the capital, Warsaw.

From the beginning of this month, the company has appointed two new staff, with a third imminent, and the first Polish fleet customers have already been signed up and are in the implementation stage.

Fleet Logistics initially identified Poland as a growth opportunity when the business was acquired by TÜV SÜD Auto Service, the automotive arm of certification giant TÜV SÜD, last September and one it wished to expand into.

At the same time, a number of international fleet customers with subsidiaries in the country began asking Fleet Logistics to establish a presence there so that they could benefit from the solutions and services they received elsewhere across Europe.

Two new staff with fleet market experience have now been appointed in the Warsaw office. Wojciech Blaszczyk formerly worked at PSA Finance and has a degree in Organization and Management, while Rafal Zmyslowski, who has a degree in Sociology, was previously with leasing company, Arval.

The Polish office, once the Fleet Logistics business development team has finished its work of setting up the business to be fully operational, will ultimately report into Arnd Martin, chief regional officer for Central and Eastern Europe.

“If we want to be a truly pan European fleet management supplier, then Poland is simply a country we need to be in,” said business development director Simon Spremberg.

“We expect to announce a third new person shortly and are planning to have around five full-time staff in Poland by the year end.”

The economy in Poland, which has a population of 40 million inhabitants, is the sixth largest in the European Union and the twentieth biggest in the world.

It is one of the fastest growing economies of the EU, and had a yearly growth rate of over 3.0% before the credit crunch of 2007-8.

It is the only EU member country to have avoided a decline in GDP and, in 2009, had the highest GDP growth rate across the Union.

Poland also has a mature and established fleet market totalling around 1.5 million company cars, the overwhelming majority of which are currently acquired through outright purchase or finance lease.

There are, however, a growing number of major international leasing companies in operation in the country, the two largest of which, Arval and LeasePlan, have fleets of around 10,000-15,000 cars.

There is also a second tier of leasing companies, including Alphabet, Athlon Car Lease, ALD Automotive and Business Lease, which typically operate fleets of around 3,500 to 7,500 units.

And there is also a third tier of smaller local operators, including banks and dealer groups offering leasing solutions to smaller corporate customers.

Fleet Logistics believes that the growth of operational leasing presents an opportunity for it to grow its presence in the country.

“The second tier of leasing companies has aspirations to move up to the top tier, and they are very happy to see us establish a presence here as they are used to working with us in other countries across Europe,” said business development manager Yves Helven.

Fleet Logistics is currently working on the implementation of its products and services with Polish divisions of existing clients, starting with global industrial gases and equipment supplier, Air Products.

It then intends to recruit new customers from the local market as well as ensuring it is capable of providing a full range of products and solutions for existing clients, including its acclaimed multi-bidding solution which has been proven to reduce acquisition costs by around 8-10%.

The company has plans to expand into other European countries with Turkey most likely to be next on the agenda.

The Turkish economy is growing and the demand for car leasing is on the rise. The largest leasing company is currently Intercity with a fleet in excess of 25,000 vehicles and a 20% market share.

“We have plans to be operational in Turkey in the first half of 2014 and see it as another major growth opportunity,” added Spremberg.