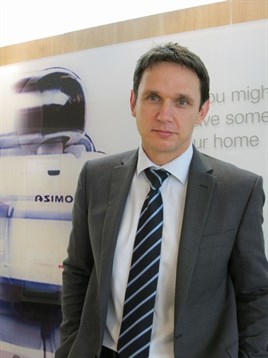 Honda (UK) has announced a number of senior moves to strengthen its management team as the company is set to expand its range in coming years.

As the brand changes its vehicle lineup in the next three years, Leon will lead the UK sales force to fully exploit Honda's increased market opportunity.

To maintain the progress which Leon Brannan has made in driving Honda's aftersales business forward, Nick Holmes is promoted to head of customer and aftersales with immediate effect.

Nick, who originally started his career with Honda in aftersales, has been with Honda for 18 years. He was formerly regional operations manager for the southern region prior to rejoining the aftersales department 15 months ago.

Olivia Dunn, who has been operating as acting head of marketing for cars, motorcycles and power products in the UK, is promoted to head of marketing with immediate effect. Olivia has already been behind several of Honda's recent advertising campaigns including the new "Honda Hands" series on Channel 4.

Steve Fielden, formerly area sales manager in the north of England and Scotland has been promoted to manager of northern region operations.

Rosemarie Oliver is promoted to manager of corporate and business planning from August 1.

Commenting on the changes, MD Phil Crossman said, "With a range new models and cleaner engines such as Civic Tourer, Type R and Jazz and the "halo effect of returning to F1 in 2015, I'm confident this new team will maximise the opportunities we'll have in both the retail and fleet markets in the coming years. We're all looking forward to the challenge ahead."