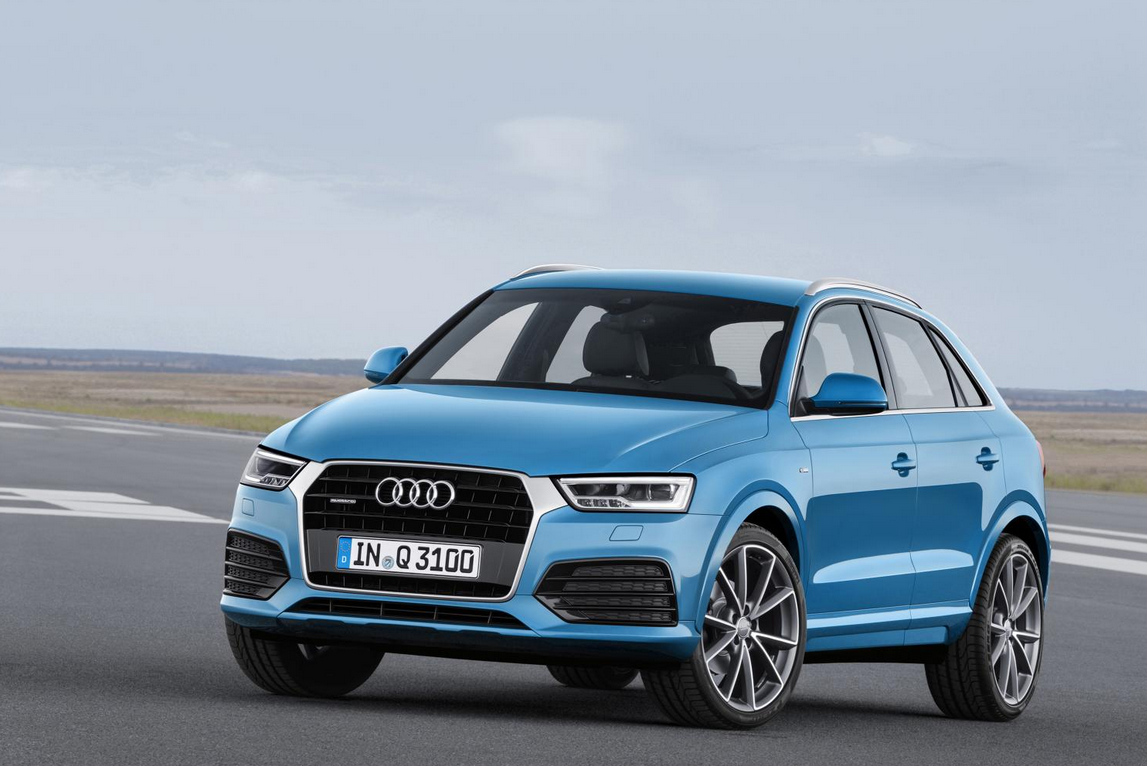 Audi has updated its Q3 and RS Q3 SUV models, including a minor facelift, new equipment, and a tweaked engine lineup.

The revised headlights now feature xenon bulbs and LED daytime running lights as standard in SE versions, and these are complemented at the rear by reworked LED tail lights. S line and S line plus specification levels upgrade to all-weather LED headlights and dynamic ‘scrolling' rear indicators which illuminate sequentially within two-tenths of a second from the inside out in the direction the driver intends to turn.

The engine range now includes Volkswagen Group's 1.4-litre TFSI petrol engine with Cylinder-on-Demand technology which appeared first in the A1 and A3 ranges and makes its Q3 debut here. With 150PS and the option of either manual or S tronic twin-clutch automatic transmission, it gives the exclusively front-wheel-driven Q3 1.4 TFSI a 0-62mph sprint time of as little as 8.9 seconds (S tronic) and yet also enables it to return up to 50.4mpg (manual) based on the combined cycle test.

Emissions are improved within the diesel line-up, with the 2.0-litre TDI SE with 150PS, manual transmission and 17-inch alloy wheels being the efficiency standard bearer in the TDI camp.

It benefits from a boost of over 7mpg compared with the outgoing 140PS unit and shaves 18g/km from its CO2 total to give economy potential of up to 61.4mpg and emissions of just 119g/km.