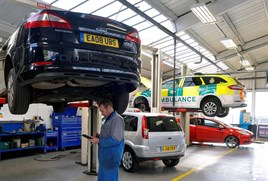 Almost 90% of professionals working in the automotive retail sector agree that some form of licence to practise is needed for vehicle technicians, according to the results of a survey conducted by IMI.

Nearly 650 responses were received for the online IMI poll which was conducted with the help of various trade publications. 88.5% of respondents came back in favour.

IMI is currently working to raise the profile of the issues surrounding the licensing debate with the general public and politicians. CEO Steve Nash is highlighting to the public for the first time the lack of licensing in the sector, and the need for consumers to check the qualifications of people who worked on their vehicles.

"We have seen a great deal of momentum behind the licensing issue over the past few months in the sector and the results of our survey paint a very clear picture of support for the principle of regulating technicians," said Nash.

"This is great news both for the sector and consumers, who both stand to gain from the increased focus on skills, training and quality of workmanship that a licence would encourage."

"We have gained a great deal of feedback from the survey and from discussions going on across the sector with industry professionals.  We will be using this information to form a solid proposal to present to the sector and to MPs. We believe a working model for licensing could be formed based on the IMI's Professional Register, with ‘Continuing Professional Development' (CPD) and current competency requirements placed on technicians."