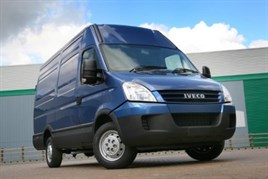 The huge rise in the cost of diesel, which has increased by almost 100% since 1991, has accelerated uptake of biomethane as a transport fuel, says the Anaerobic Digestion and Biogas Association (ADBA).

"This price hike is a major contributing factor to the increase in demand for alternative fuels such as gas and biomethane from fleet operators, with organisations such as Coca Cola, Howard Tenens, Camden, Sheffield and Islington Councils, Waitrose, Balfour Beatty, Laing O’Rourke, Sainsbury’s and Tesco all now using gas vehicles,” said ADBA’s chief executive Charlotte Morton.

With the announcement of £5m in funding for local authorities to decarbonise bus fleets through the Clean Bus Technology Fund, former Transport Minister Norman Baker said at a recent UK Biomethane & Gas Vehicle Conference: “Gas and biomethane have a viable role to play in helping us meet our climate change targets.”

While Baker acknowledged that a lack of refuelling infrastructure and high start-up costs has previously prevented more widespread use of the fuels, he welcomed the Gas Vehicle Hub, a national database of operating gas producers and refuelling stations which was launched at ADBA’s UK Biomethane & Gas Vehicle Conference, and confirmed that the DfT would continue to work with the AD industry to break down those barriers which are still holding back the supply of biomethane.

Representatives from across the transport supply chain, including Mercedes-Benz, Gasrec, Scania and IVECO, have also reported on the environmental benefits to be gained.

The message for those sectors still reliant on diesel is clear and unanimous – switching to gas and biomethane is not just the only way to achieve the meaningful reductions in greenhouse gas emissions and improvements in air quality that the UK is obliged to meet by law, it will also improve a company’s bottom line.

There are still challenges, however, as Rachael Dillon of the Freight Transport Association has recognised.

She said: "While many fleet operators are keen to use natural gas and biomethane, certain conditions still need to be met before the uptake can increase dramatically, namely: stability in future duty rates (10+ years); the development of a refuelling infrastructure on major motorway routes (something which is fast becoming a reality); greater government support; recognition of the value of biomethane certificates; increased biomethane supply, and on-road incentives for gas-fuelled HGVs."

The company’s Daventry refuelling station opened earlier this year and Gasrec is now developing a similar facility at Avonmouth, near Bristol, which will have the capacity to refuel 700 vehicles a day. ADBA member Gasrec has also announced details of its recent partnership with Volvo Trucks to increase availability and promote the use of gas vehicles in the UK.

Morton added: "It is good to see such demand for biomethane within the haulage and freight sector, and a serious desire to address carbon emissions and air quality. This interest should act as a strong driver for government to consider the potentially significant wider policy implications that a demand for efficient, clean and green fuel within transport could have across government in terms of both waste and bioenergy.”