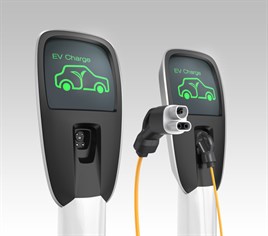 The result comes in the wake of a Government announcement to invest £500 million between 2015 and 2020 to help drive the adoption of ultra-low emission vehicles.

Kjell Anderton, a director of TrackCompare, said, “We were surprised to find that only 6% would consider investing in electric vehicles.

“We don’t believe EVs have become mainstream enough for them, which is a shame. Perhaps it’s just a lack of education.”

However, the survey did generate some interesting responses. One respondent said they didn’t want their drivers finding ports and then ‘charging for hours on end’.

Another, at a rural location, was worried about the availability of charging points, and others said they were too old-fashioned to consider electric vehicles or didn’t consider they were something they needed.

Anderton continued: “Of course, there’s still plenty of time to improve people’s knowledge of the potential benefits of electric vehicles. Things take time and maybe in a few more years they will warm to the idea of investing in them.

“The Government is to invest £500 million between 2015 and 2020, which is a move in the right direction and should grab people’s attention.”

The poll was held from April 30 – May 7.
TrackCompare.co.uk, launched in 2009, represents more than 50 tracking and telematics companies across a wide range of technologies.