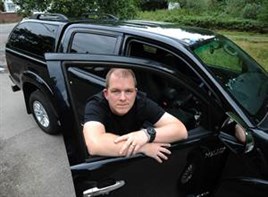 Production Gear has enlisted the help of Auto Styling Truckman to increase the flexibility of its Hilux pick-up trucks.

Adding the Truckman hardtop, will enable the company to create a safe and secure storage space, enabling the company to transport its products securely.

The Truckman Grand is one of the most fully-featured hardtops on the market. Among its features are remote central locking, automatic interior light, tinted windows and stylish pop out side windows.

Auto Styling Truckman is a specialist UK manufacturer of hardtops for 4x4 and pick-up trucks. Its British-built hardtop range is popular with business owners and is also used by fleet operators for a variety of industries including construction, agriculture and the utilities sector.

Production Gear import, distribute and resell broadcast and professional video and film production equipment, including unmanned aerial vehicles. The company is an official distributor for many well-known brands and are key suppliers to international broadcasters, universities, councils and Government bodies.

Simon Beer, owner of Production Gear, said: “We often attend trade shows and exhibitions, which requires us to transport large amounts of gear long distances. The addition of the hardtop allows us to do this in the most effective safe and secure manner.

“After working with Auto Styling Truckman in the past I had no hesitation in placing a repeat order. The quality was once again of the highest standard and proving to be extremely effective.”