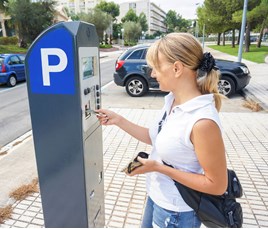 Research by yourparkingspace.co.uk has revealed that up to 12 million people in the UK have seen or been involved in parking disputes.

Parking arguments often escalate from verbal exchanges, with nearly four million people in the UK having been threatened with physical violence.

Harrison Woods, managing director at the online parking portal, said: “Our survey shows that UK motorists are at each other’s throats, more often than not because of a lack of car parking spaces.

“Yet more disturbing is that the threat of physical violence appears to be prevalent with many angry motorists prepared to use their fists to sort out a parking dispute.”

Of those surveyed, one-in-four said they had been involved in or witnessed an argument about car parking, while almost one-in-ten had been threatened with physical violence.

More than one-in-ten Brits also knew of someone else who had come close to being punched over a parking quarrel.

The survey also revealed that stress levels have reached boiling point for almost one-in-five due to a lack of parking spaces, shortly followed by expensive car park charges, people who park in incorrect spaces and motorists who take up too much space.

Harrison added: “It’s worrying that so many people lose their temper over the everyday task of parking a car, usually because they cannot find a space available. Pre-booking a car parking space can take away the stress and avoid any nasty confrontations.”

YourParkingSpace.co.uk has five tips to help drivers take the stress out of parking:

YourParkingSpace.co.uk says book online following warnings that tens of thousands of parking ticket machines are not ready to accept the new £1 coin.

Private parking penalties incurred by company car and van drivers cost £2.21m in the first half of the year, according to new figures from Lex Autolease.

A new survey carried out by YourParkingSpace.co.uk reveals that over half want to fine motorists misuse parent-and-child parking spaces.