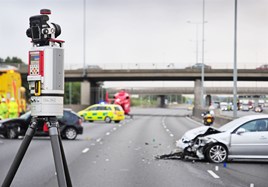 More than 8,000 children aged 0-14 years have been killed in road traffic collisions over the last ten years in the European Union, new data shows.

Half of the children killed were travelling in cars, a third were walking and 13% were cycling, according to a report published today by the European Transport Safety Council (ETSC).

One in every 13 child deaths in the European Union occurs as a result of a road collision.

The European Commission is expected to announce an update of vehicle safety regulations on May 2 2018, almost a decade since the last update. The EU is also currently preparing a road safety strategy for the next ten years.

ETSC says that measures that can reduce speeding are critical to preventing the deaths of more children and is calling for the EU to require vehicle safety technologies such as Intelligent Speed Assistance (ISA) and Automated Emergency Braking (AEB) that can detect pedestrians and cyclists to be fitted as standard on all new cars.

Antonio Avenoso, Executive Director of ETSC said: “Smart, cost-effective and proven vehicle safety technologies such as Automated Emergency Braking and Intelligent Speed Assistance could be as important for saving kids lives as the seatbelt. But the real change will only come when, just like with seatbelts, these technologies are fitted on every car as standard, not as an optional extra on a select few.

“Not a day goes by without a politician or a carmaker promising that autonomous cars will solve the road safety problem.  But if that day comes, it will take decades.  By 2030 perhaps there will already be a few million automated cars on the world’s roads, compared to more than a billion other vehicles, many of which will be those leaving factories this year.  There is a grave risk that governments ignore the huge safety benefits that can be achieved by installing proven driver assistance technologies today.”

The report also shows that absent, inappropriate or incorrectly fitted child seats remain a significant problem across the EU. According to the World Health Organization, correctly installed and used child restraints reduce the likelihood of a road death by up to 80%.  ETSC is calling for better education, more enforcement and reduced VAT on child seats – permissible under EU law, but so far only put in place by Croatia, Cyprus, Poland, Portugal and the UK.

ETSC is also calling for EU Member States to introduce well-enforced 20MPH zones in areas with high levels of walking and cycling, and around schools.

The data shows that Sweden has the lowest rate of child road deaths in the European Union. At the other end of the spectrum, children in Romania are seven times more likely to die in a road collision.

A number of EU countries have also reduced child road deaths faster than other road deaths over the last decade including Hungary, Croatia, Greece, Portugal, The Netherlands, Spain and the UK in particular.

Brake has named the date for its annual Fleet Safety Conference, held at the Birmingham Conference and Events Centre on May 25.

Brake has announced the details of its annual UK Fleet Safety Awards, held in Birmingham.