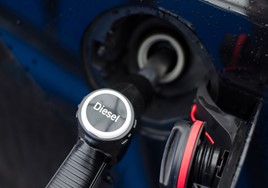 The Government should end its freeze on fuel duty and introduce a surcharge on diesel in a bid to improve air quality, says a Conservative think tank.

Fuel duty has not changed since 2010, says Bright Blue’s Emission impossible? Air pollution, national governance and the transport sector report, but this should end from the next tax year.

The report also calls for an ongoing surcharge for vehicle excise duty (click here for latest VED rates) on new diesel cars in the UK as the “ongoing VED rates that apply to cars registered on or after April 1, 2017, do not tax diesel vehicles in a way that reflects their contribution to air pollution”.

It says this ‘diesel excise duty’ should be lower for vehicles that meet the RDE2 standard.

However, the report appears to contradict its stance of singling out diesel for extra charges due to air quality by later stating: “Petrol cars are not so simply better than diesel in terms of their contribution to air pollution.

“Some petrol cars, specifically those that use direct injection engines, can emit more PM than conventional diesel cars.”

William Nicolle, researcher at Bright Blue and co-author of Emission Impossible?, said: “Stronger evidence has emerged in recent years about the detrimental impact of air pollution to human health, the economy and the environment.

“Consequently, there is growing public and political pressure for tougher action to reduce levels of air pollution in the UK.

As well as introducing the diesel fuel and VED surcharges, Bright Blue's main policy recommendations for reducing air pollution from the transport sector are:

Diesel has become so inherently unpopular that there will be no large scale resurgence in its popularity despite improved environmental performance, says Arval.

Car traders are planning to buy less used diesel stock as demand for the fuel among consumers is declining.

Fleets advised of 50 per cent surcharge no in force for on street parking in part of the borough.