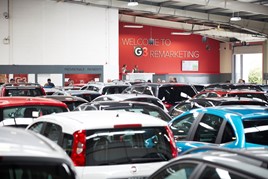 Diesel residual values are starting to slide as demand in the used market reduces, according to experts, and the issue could accelerate in the coming months.

Almost a third of car dealers surveyed by NextGear Capital, as part of its sentiment survey, said they have seen a reduction in demand for used diesels, while a fifth expect demand to fall even further in the next six months. As a result, they are now planning to buy less diesel stock.

With a high volume of used diesels still coming from fleets and leasing companies, the shift could affect the time taken for models to sell and impact on residual values.

Pam Halliday, NextGear Capital sales and marketing director, said: “Until recently, the decline in demand for diesel in the new car market has been largely defied by the used car market.

“However, the latest sentiment survey results indicate that the used car market is now starting to catch-up. With the volume of diesel vehicles coming into the market diminishing and buyers switching to petrol or AFVs, it is inevitable to see such market adjustment.”

Average diesel car values dropped by more than petrol ones, and while the difference in value drops are not dramatic, it is a trend that has occurred in every month of 2019.

However, despite the reduced demand, not all dealers are about to completely put the brake on diesel.  Around half of those surveyed expect demand to remain consistent and as a result plan no change to their diesel buying strategy for the rest of 2019.

“Despite the market decline, many dealers are adopting a ‘business as usual’ stance on diesel stock, while others are actively seeking to capitalise on the opportunities offered by AFV vehicles," added Halliday.

“The challenge for those still retailing diesel is buying good stock at wholesale. Those dealers ready, and more importantly able, to buy from multiple sources and pay strong prices for good quality diesel stock will reap the most rewards."

For some dealers, the decline in diesel has led them to utilise other avenues of stock.

Recent NextGear Capital research revealed almost a third of dealers plan to increase their Alternatively Fuelled Vehicle (AFV) numbers as they look to capitalise on a growing consumer market.

Legislation is a “hard hitter” in determining residual values fleet decision-makers need to be sensitive to.

But RAC says, despite petrol being 3p a litre cheaper and a litre of diesel falling by 5p, retailers could have gone further.

Diesel has become so inherently unpopular that there will be no large scale resurgence in its popularity despite improved environmental performance, says Arval.