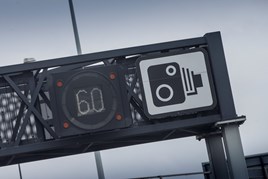 DriveTech is helping to fill the gap with online speed awareness courses after a classroom-based option was halted due to coronavirus.

Having reconfigured course delivery online via the Microsoft Teams platform, it has delivered classes to 22,000 motorists helping them avoid a police prosecution.

More than 1.2 million drivers attended a speed awareness course last year. The courses usually cost between £80 and £100, but motorists avoid paying a Fixed Penalty Notice or picking up penalty points on their driving licence.

DriveTech, which works in partnership with police and UKROEd, had to move rapidly to rebook around 50,000 classroom delegates bookings prior to the lockdown, to avoid motorists facing the alternative of prosecution, points and fines.

With revised digital course content needed, and DriveTech’s body of 175 trainers needing upskilling to deliver the virtual online experience, it says that the challenge was considerable.

Five weeks on from the first day of digital course delivery on March 27 (a week after lockdown measures affected venue participation), DriveTech says it is delighted that online course capacity is now matching the former levels of classroom supply.

Des Morrison, director of police business at DriveTech, said: “We reflect now on a pretty hectic few weeks, but it is satisfying to now see our digital delivery performing well and with some excellent customer feedback – both from our police force customers, delighted by our professional response in a crisis, and delegates.”

In addition to placing the first priority on satisfying a backlog of delegates already booked onto a venue-based course, DriveTech is now taking bookings for new delegates from across the country.