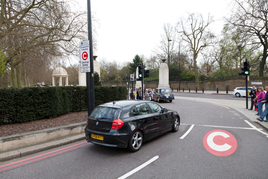 Emergency funding has been extended to Transport for London (TfL) for a further seven days, having been due to finish on Friday (February 18).

TfL says in a statement that it hopes the additional time will allow it to conclude discussions with the Government.

A TfL spokesman said: "It is essential London receives the sustained long-term Government funding that is vital for the coming years if a period of 'managed decline' of London's transport network is to be avoided.

"We have agreed with the Government that our existing funding agreement will be extended until 25 February so that these discussions can be concluded.

“Working together, we must achieve a longer-term capital funding settlement of at least three years that ensures London's transport network can remain reliable and efficient, can support the jobs and new homes that rely upon it and can support the economic recovery of the capital and the country as a whole.

“We hope these discussions can be concluded successfully soon."

The trade union for workers in the transport and travel industries, the Transport Salaried Staffs' Association (TSSA), says that the Government should 'stop playing politics' with TfL.

“It’s simply not possible to build a sustained, clean and green economic recovery from the pandemic without a properly funded transport system across London.

“What we are seeing instead are warnings from our Mayor, Sadiq Khan, about the future of Underground lines, with fares set to rise by almost 5% on average from next month.”

Transport Grant Shapps says that since the start of the pandemic, the Government has supported TfL with more than £4.5bn funding through extraordinary funding settlements.

"We have recognised the reliance of London’s transport network on fare revenue," he said. "We have recognised that demand and, therefore, passenger revenue has been volatile, and have responded accordingly, compensating TfL for that revenue loss to ensure services can be maintained."

He continued: "Government is still committed to supporting London’s transport network as we have since the start of the pandemic and it has offered TfL and the Mayor of London a fourth extraordinary funding agreement.

"TfL has asked for an extension of one week to allow the Mayor of London to consider the terms of the settlement letter and agree it with Government.

The Government has extended its emergency funding for Transport for London (TfL) until February 4.