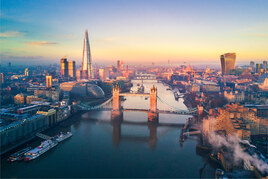 TfL issued a statement on Friday (February 4), when the original extension to emergency Government funding was due to end, saying it hoped the extra time would give it chance to conclude discussions and reach an agreement.

A TfL spokesperson said: "We continue to discuss our funding requirements with the Government.

“It is essential London receives the sustained long-term Government funding that is vital for the coming years if a period of 'managed decline' of London's transport network is to be avoided.”

The spokesperson added: "Working together, we must achieve a longer-term capital funding settlement for at least three years, that ensures London's transport network can remain reliable and efficient, can support the jobs and new homes that rely upon it and can support the economic recovery of the capital and the country as a whole. We hope these discussions can be concluded successfully soon.”

The Government has asked the Mayor of London to clarify how Transport for London (TfL) will raise additional revenue before releasing emergency funds.

The Government has extended its emergency funding for Transport for London (TfL) until February 4.