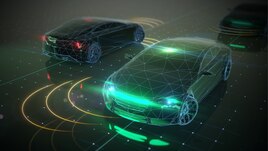 IAM RoadSmart is calling for the education of automated technology to be included in the UK driving test to help drivers understand its capabilities and limitations.

Research conducted by the charity in its annual Safety Culture Report, which gauges drivers’ attitudes to key road safety issues over time, highlighted some anxieties around the technology.

More than half of respondents (59%) said that that the growing ability of vehicles to drive themselves is a serious risk to their personal safety.

Opinions did not vary much by age, but women were particularly concerned with 67% rating it as a threat.

Neil Greig, director of policy and research at IAM RoadSmart, said: “Perhaps due to misinformation and an overabundance of technical jargon, the public still remains to be fully convinced new technology which in theory has the potential to reduce many collisions on Britain’s roads, saving thousands of deaths and injuries.

“In order for this trust to be gained, we recommend that proper education of automated technology is included in the UK driving test, giving motorists the opportunity to learn about how it works, which will at least go some way towards alleviating the anxieties many understandably have at present.

“Equally, drivers must also recognise that an over reliance on these systems could also have a negative impact on road safety, with potentially worrying results for motorists and pedestrians alike.”

IAM RoadSmart’s call for education is heightened by the fact that the UK has given the green light to self-driving on motorways using systems such as ALKS (Automatic Lane Keeping Assist), as well as fresh predictions that one in 10 of all vehicles will be at least partially autonomous by 2030.

Greig concluded: “With Britain being the first to support the roll out of autonomous vehicles on public roads, as well as the growth of the industry, it is surely only a matter of time before autonomous vehicles become a very common sight on Britain’s roads.

“This makes our call for more education all the more important, ensuring we all remain in the right lane and make Britain’s roads as safe as they can be.”

Users of autonomous vehicles should be legally protected in event of a collision, a new report suggests.