MOT demand to fall during spring 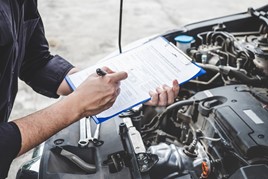 Demand for MOT tests is expected to fall by more than a third during April and May, as a result of the six-month MOT extension granted in 2020.

Last April and May saw 2.3m fewer cars requiring an MOT test and a similar pattern is expected this year, according to BookMyGarage.com.

The company expects there to be “significant peaks and troughs throughout 2022”, which could go on for years.

Fleet operators can avoid potential disruption and downtime by taking advantage of quieter garages during the period of reduced demand.

The peak months for MOTs this year are expected to be September and October, when MOT numbers last year were 22% higher than pre-pandemic levels.

Karen Rotberg, co-founder of BookMyGarage.com, said: “April and May will be tough months because as well as fewer MOTs, there will be less servicing work. In fact, our research shows that nearly 70% of drivers aim to have their vehicle serviced when they get their MOT.”

Last April and May saw 3.1 million MOTs take place, and while this represented a recovery of 1.5 million MOTs on the same months in 2020, it still fell significantly short of the 5.4 million MOTs which took place in 2019. 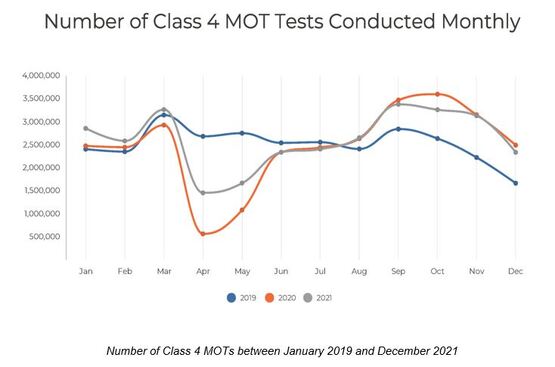 There were five million fewer MOT tests carried out in April and May 2020 than in the same months last year.

Institute of the Motor Industry analysis of job postings data for all automotive occupations for March 2022 shows a 51% increase in postings year-on-year.