Durham County Council hands out the most parking tickets in 2021 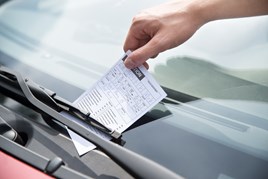 A freedom of information (FOI) request by Bill Plant Driving School has revealed the county councils that have handed out the most parking tickets so far throughout 2021 and over the past 12 months.

Durham County Council was found to have handed out more than 41,591 parking tickets this year so far, and 64,563 in the past 12 months.

Somerset County Council was found to be the most parking-friendly of all the county councils across England, having handed out 10,191 parking tickets in 2021.

Peter Brabin, head of training at Bill Plant, said: “It may be that Durham just has a lot more traffic wardens than most other areas.

“Ultimately, the fault lies with the motorist. It’s their job to ensure they have parked legally, whether that’s on a free-to-park area of the road, in a car park or otherwise.

“It’s never nice to return to your vehicle and find a parking ticket, but most councils will allow you to pay a reduced rate if you pay within a short window of time. If you can’t pay the fine, don’t do the crime.”

Of the 25 county councils across England that replied to the request for information, it was found that more than half a million parking tickets have been handed out to drivers this year so far (515,015), while there have been 736,752 handed out in the past 12 months (up until the end of September 2021).

The powers were initially outlined by the Prime Minister, Boris Johnson, last year, in an effort to increase walking and cycling in England.