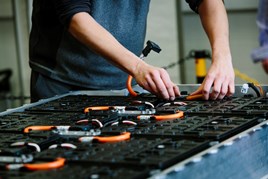 Government investment in the next generation of electric vehicles (EVs) is likely to fail because of a shortage of skilled technicians, the Institute of the Motor Industry (IMI) has warned.

The IMI has previously raised concerns over the dearth of skilled technicians who are trained to work on electric and hybrid cars when its own research showed 60% of consumers are thinking about buying one in the next two years. Now the Government is promising to invest £600 million to turn this public interest into sales of electric vehicles. IMI says action on closing the skills gap is now urgently needed.

Current 1,000 vehicle technicians’ are qualified to work on electric cars in the UK. There are 1,000 more in training at the moment that will have graduated by 2018. That’s only 1% of the workforce.  With the Chancellor’s Autumn Statement setting the goal of all new cars in Britain being electric by 2040 the current rate of skills development will be insufficient to meet consumer demand, according to the IMI.

Speaking at an international motor industry event focusing on electric cars in Kuala Lumpur yesterday (December 2, 2015), IMI CEO Steve Nash said: “For Britain to be a world-leader in electric and hybrid cars, we urgently need more qualified technicians. We face a severe shortage of skills and it will hurt our economy. If the skills are not in place when consumer demand begins to surge, drivers will be paying higher prices to keep their cars on the road.

“There is no place for an enthusiastic amateur maintaining electric and hybrid vehicles, they have complex systems with three times the power of domestic voltage. The Government faces a skills shock if it does not factor this issue in its plan to reduce carbon emissions by 65 million tonnes.”

The IMI is also calling for a licence to practice for technicians, to protect employers’ investment in the skills necessary to maintain the next generation of vehicles. The industry is currently unregulated.