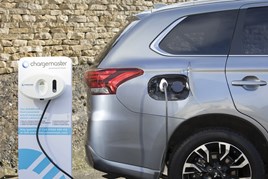 Following the recent announcement the government plans to ban sales of all petrol and diesel vehicles from 2040, non-standard vehicle finance provider Moneybarn has analysed the development of the UK’s electric vehicle industry over the last five years to show which electric models are the most popular across the country.

The most popular electric vehicles currently in the UK and their sales figures in 2016 are as follows:

According to a standardised green score from the Council for Energy-Efficient Economy, most of the best cars on the market for efficiency and emissions are purely electric models and the list of the most highly-rated is dominated by Asian manufacturers such as Toyota, Mitsubishi and Nissan.

Simon Bayley, sales and marketing director of Moneybarn, said: “It’s a potentially exciting time for the UK car industry. Electric and alternative energy cars have now moved into the mainstream and are here to stay. With the government investing one billion pounds in this sector there is an alignment between manufacturers and government that will hopefully encourage consumer purchasing for years to come.”