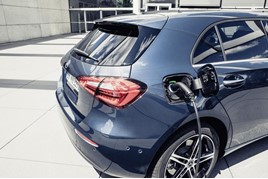 RS Connect has set up a training initiative to address safety and a lack of skills among engineers in the hybrid and electric vehicles sector.

The Birmingham-based business has launched the programme for the near 300-strong engineering network to meet the burgeoning number of electric vehicles on the roads.

RS Connect’s commercial director Noelle Hartless said the move had been the largest training rollout the company had undertaken so far – and that every engineer is now fully trained and compliant.

The training programme ensures engineers understand all aspects of hybrid and electrically-propelled technology.

Hartless said: “As a company we see ourselves at the cutting edge, not just through the products we fit but through the people that fit them too.

“The sustained and continued growth of electric and hybrid vehicles means that it’s vital that all our engineers have the skills to deliver work safely, which ultimately benefits us all as road users.”

She said that no formal training scheme had previously existed for engineers. Experts predict that the number of electric vehicles on UK roads is set to rise to 11 million by 2030.

“Our engineers fit a broad range of devices, and we felt it important that we deliver a programme which reflected the growth in electric and hybrid vehicles on our roads,” said Hartless.

“Not only does that mean we are adapting to present and future trends, but we are also determined for it to be the very highest quality training, and want to make sure the standards are the best they can be.”

She said a number of RS Connect’s customers had also asked for electric and hybrid training to be provided, and sectors such as the emergency services were beginning to use electric vehicles too.

“The entire workforce will have had the training rolled out to it by the end of the year, demonstrating our commitment to delivering the very best standards across the board,” continued Hartless.

Nissan and Uber sign deal for up to 2,000 electric Leafs

The fleet of 40kWh pure electric 2,000 Nissan Leafs will be offered to drivers as part of Uber’s Clean Air Plan.