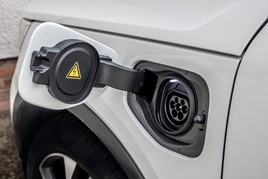 ZenAuto says it has seen a 172% increase in searches for electric cars on its car leasing website since September 2021, while Google searches peaked at a five-year high.

Zenith’s personal leasing division says this has been driven by the fuel supply shortage in September 2021, and the UN climate COP26 summit that took place in Glasgow in November 2021.

According to a poll of 4,000 motorists run by ZenAuto, one in five (19%) said the fuel crisis made them more eager to switch to an electric vehicle (EV) sooner, while a third (35%) said that COP26 had encouraged this.

Drivers in Bristol (30%), Belfast (25%), and Sheffield (17%) were found to be the most likely to move to an electric car sooner than they’re previously planned, as a direct result of the fuel crisis.

In contrast, drivers in Manchester were the most likely to report a change in their attitude to EVs following the COP26 summit, with nearly half (45%) saying it had made them more likely to switch to an EV sooner. Motorists in London weren't far behind (44%), with a high number of Bristolians (39%) also agreeing.

Vicky Kerridge, head of consumer experience and brand at ZenAuto, said: “Whilst the fuel crisis and COP26 clearly had an impact on the attitudes of non-electric car drivers in the UK, encouraging many to want to make the switch sooner, there are still some concerns that are holding a number back from being able to commit to an e-car.”

Two-thirds (68%) of non-EV drivers said they were put off by the initial cost of the vehicles, and more than half (58%) said prices would need to significantly reduce for them to buy in the next six months.

Access to charging points is also a top concern, with almost half (46%) feeling that the number of points in their area would need to significantly increase for this to be a viable option for them, and 38% saying they would want a free charging point provided for their home.

Kerridge said: “As a company, we’re doing all we can to help make the switch an easier and cheaper process for those wishing to do so.”

Sony is launching a mobility company as it looks to enter the electric vehicle (EV) market.

Mercedes-Benz has revealed the Vision EQXX concept, an electric saloon with the capability to cover 620 miles on a single charge in real world driving.