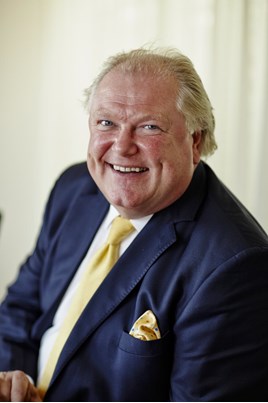 Lord Digby Jones will highlight the number of business drivers killed in one year on UK roads by launching 515 balloons tomorrow (Thursday, September 17).

Black balloons will fill the sky above the HQ of UK road safety organisation the TTC Group, in Telford, as part of a campaign to encourage the business world to help cut workplace road deaths and injuries.

With the Government’s latest statistics on employee road deaths to be published on September 24, the international businessman and former UK Trade Minister (pictured), who bangs the drum about how businesses must change in the 21st century, will talk about how company bosses can protect the bottom line, while helping to save lives at the same time.

The former UK Director-General of the Confederation of Business and Industry (CBI) will join road safety campaigners and the legal world to raise awareness about road safety among company bosses who employ staff to drive on business.

Alan Prosser, director of the TTC Group which educates 320,000 road users each year to cut casualties, said they were launching the campaign to show the business world how they can easily adopt measures to minimise the dangers on the road for their staff while cutting costs at the same time.

He praised organisations that had successfully implemented fleet management practices such as a major UK telecoms provider which successfully slashed its monthly injury and damage collision rate by half from 60 per 1,000 vehicles in 2001 to less than 30 per 1,000 in 2014, saving £12m a year by managing workplace road safety.

“Every year there are more than 500 deaths and thousands of people injured driving at work,” said Prosser. “Nearly all these casualties are preventable and it’s costing companies millions. The human cost is incalculable.”