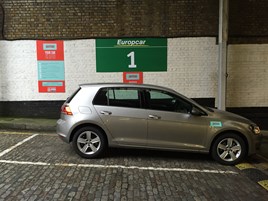 Europcar believes its mobility solutions can play a fundamental role in the 'try before you buy' strategy that forms a central plank of the Go Ultra Low Cities initiative announced earlier this week.

The rental company, which is committed to moving its fleet to 5% electric vehicles by 2020,  has been working with its manufacturer partners to integrate both electric and hybrid vehicles into its mainstream fleet.

In 2015, electric vehicles were introduced for the company’s delivery and collection services in London and Birmingham, as well as making the vehicles available for hire with charging points installed at key Europcar locations.

The company said this means that drivers can have easy access to an electric vehicle available for hire by the hour.

E-Car Club is already working with a number of public sector organisations across the UK including local authorities, NHS trusts, universities and housing associations.

“Europcar has already demonstrated a strong commitment to the use of electric vehicles through additions to our fleet and new business acquisitions” said Ken McCall, managing director, Europcar UK Group.

“The challenge for the Go Ultra Low cities is to take electric cars from being a niche solution embraced by a minority to a transport option that is accepted by the mainstream motoring population.

"And we firmly believe that the ‘try before you buy philosophy’ has to be at the heart of that ambition.

"The car hire and car share solutions that are already part of the Europcar offering, can play a very credible and easy to integrate role.”