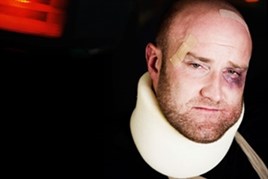 The Ministry of Justice (MoJ) has today launched a consultation on proposals which aim to reduce the number of whiplash claims and allow insurers to cut premiums.

Insurers have pledged to pass on savings to drivers - worth a total of £1 billion – says the MoJ.

Whiplash claims are 50% higher than a decade ago, despite the UK having some of the safest roads in Europe and a fall in the number of accidents. This has been fuelled by a predatory claims industry that encourages minor, exaggerated and fraudulent claims, driving up the costs of insurance premiums for ordinary motorists, says the Government.

The consultation paper outlines plans to scrap the right to compensation or put a cap on the amount people can claim for minor whiplash injuries. Capping compensation would see the average pay-out cut from £1,850 to a maximum amount of £425. Compensation would only be paid out if a medical report was provided as proof of injury.

Justice Secretary Elizabeth Truss said: “For too long some have exploited a rampant compensation culture and seen whiplash claims an easy payday, driving up costs for millions of law-abiding motorists.

“These reforms will crack down on minor, exaggerated and fraudulent claims. Insurers have promised to put the cash saved back in the pockets of the country’s drivers.”

The Government’s commitment to tackle the whiplash epidemic has previously been welcomed by the Association of British Insurers (ABI), with leading insurance firms including Aviva and LV= pledging to pass 100% of savings onto motorists.

Economic Secretary Simon Kirby said: “One whiplash claim is paid out every 60 seconds and it is unacceptable that responsible motorists have to pick up the tab.

“We are tackling the incentives which have created this compensation culture so that all drivers can save money on their motor insurance policies.”

Michael Lloyd, the AA’s director of insurance comments: “We would particularly welcome capping of compensation for minor injury to £425, paid only on medical proof of injury; banning offers to settle without medical evidence and a more transparent tariff of compensation for more serious injury.

“We would also like to see the banning of injury compensation altogether for very minor collisions and payment of compensation mostly in the form of care, such as physiotherapy, rather than all in cash.”

Last year, the AA conducted a Populus poll of over 20,000 AA members showing that 63% of drivers had been cold-called by firms trying to persuade them to make an injury claim even if they had not been injured.

The same research showed that a significant minority of drivers (11%) said they saw nothing wrong with making a claim for injury compensation, even if no injury was suffered.

Lloyd concluded: “It’s this willingness to claim – especially under pressure – that has added to industry’s claims costs and thus premiums for everyone.  Further reforms can’t come soon enough.”