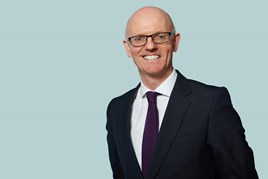 Nexus Vehicle Rental has seen its peak damage claims resolution rate fall to a record low following the introduction of a new system designed to settle disputes in a faster and more efficient manner.

Despite record rental levels for Nexus from October 2016 to January 2017, the timescale for damage claim resolution was reduced down to just 45 days from an average of 90 days through a new streamlined process, which it will now roll out for all clients.

Traditionally, across the industry, damage claims rocket during the peak season due to the volume of hires at Christmas as well as the spike in agency drivers being brought in to cope with deliveries. However, Nexus has enhanced its internal processes so when a vehicle is about to off hire, the company liaises with the customer to determine if there are any problems prior to it being collected and a note is added to IRIS, Nexus’ online rental booking and management tool.

Once the vehicle has been collected by the supplier, Nexus reviews the legitimacy of any proposed damage charges by assessing photos, invoices and estimates, and if the claim is approved it is charged to the customer. Equally, due to the stringent process, Nexus also disputes claims with branches on behalf of customers.

David Brennan (pictured), CEO at Nexus, said: “It’s common knowledge in the vehicle rental industry that damage claims are one of the biggest headaches for drivers and suppliers alike. Resolution of claims can often be a long and drawn out process.

“We have turned the claims process on its head and have managed to pay suppliers for peak damage quicker, and resolve claims faster, which is a win-win situation for our suppliers and customers alike.”

Nexus’ rental booking and management platform enables businesses to not only book, extend and cancel vehicle rentals online; but also monitor existing rentals and give fleet managers access to a range of management reporting and invoicing tools, helping them to track costs efficiently.