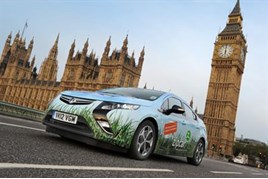 Zipcar will push for more than half of its UK business to be with fleets to help the car club industry achieve one million members by 2025.

The target has been set by Carplus, the not-for-profit, environment transport non-governmental organisation (NGO), set up to promote the shared transport sector.

Jonathan Hampson, Zipcar UK general manager, told Fleet News that 30% of its business is with corporates but there is now a large focus on pushing the ratio to 50/50 and beyond.

“You could make the argument the ratio should be more than 50%,” said Hampson. “We need the use of our fleet to be spread out across the week and across 24 hours. If we just focus on private use, we’re going to get spikes in demand in the evenings and at weekends.”

Zipcar has increased its fleet from 1,500 in London to 1,800 with 300 petrol Volkswagen Polos as part of its new Zipcar Flex offer.

The new Flex service allows Zipcar customers to make one-way journeys for the first time, rather than having to do a round trip. It has launched across four London boroughs – Southwark, South Lambeth, Wandsworth and Merton. Prices start from 29p a minute and the car can be dropped off in any designated Zipzone parking spot across those areas.

Hampson said Zipcar would be focused on using its dedicated corporate team to boost its business accounts, with SMEs and local authorities singled out as targets.

DriveNow, the service run by Sixt and BMW, is also operating in four boroughs, but in the north-east of London. It has a fleet of 310 cars made up of 50 i3 EVs, with the rest comprised of petrol BMW 3 Series and Mini three-doors, five-doors and convertibles. 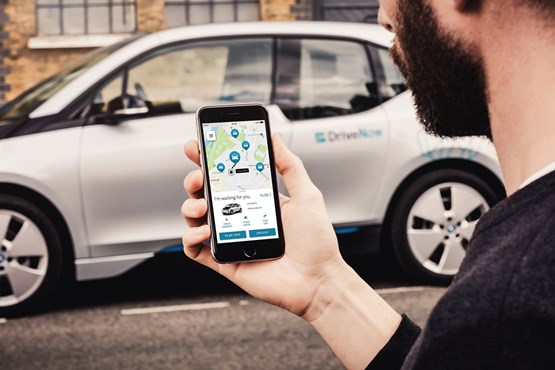 James Taylor, the new managing director of DriveNow UK, admits progress to reach one million members has been “a little slower than we would have liked”.

Taylor said dealing with 32 London boroughs that all have different set-ups and objectives was part of the reason behind the pace of adoption.

“There’s no overarching way of interacting with the boroughs so it takes time,” he said.

“We’re having a lot of conversations and I think we’ve built up the evidence and use case for car clubs over the past few years.”

While Taylor conceded the million mark is a challenge, he’s confident it’s achievable.

“We will need direct support from the Mayor of London to achieve increases. There is more that needs to be done with Transport for London (TfL) looking at innovation in the sector. Boroughs have been very supportive of the model and we’ll keep engaging with them.”

The ultimate goal is for Zipcar to expand across all of inner London. Hampson admits operating in all 32 London boroughs, particularly outer London would be a “tougher sell” as the public transport infrastructure isn’t as reliable as an alternative.

Hampson said Zipcar would play a part in the next step of Mobility as a Service (MaaS) but the Government would need to step in to help administer it.

He said: “No one wants 10 different apps and accounts. I think the next generation of Oyster, or whatever it ends up being, has to be one account, any payment method and all transport models have to be compatible.”

Hampson believes TfL should step in as an independent party to administer MaaS as companies are unlikely to share customer information unless it’s going to an unbiased third-party.

Taylor agreed: “You would have a number of competing companies and different brands that will all want to keep their customer relationships and engagement with customers directly. More needs to be done on it.”

Hampson also said the Government should step in to increase subsidies to boost the charging infrastructure in London for electric vehicles (EVs).

He said: “We have the intention to move our entire fleet to EV but there will have to be more downward pressure on the Government to improve infrastructure. We are expecting improvements due to all new taxis having to be zero emission-capable by January 1, 2018.”