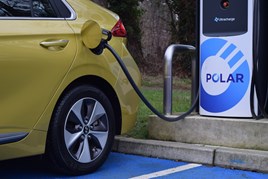 France installed more than a third more electric vehicle charging points (11,987) in the last year than anywhere else in the world – only Germany (ranked fifth overall with 1.1% market share and a single buyer incentive) came close, with 7,937 – figures from OSV’s Electric Car Index revealed.

Using a variety of data to rank each country for its electric vehicle adoption and preparedness – including the market share of new electric vehicle sales, the number of government incentives on offer to the public, and the number of charging points installed in the last 12 months – OSV created a metric to provide a definitive Index ranking the top ten countries.

While France currently only boasts 1.5% of the global market share of new electric car sales, its significant recent investment in infrastructure has secured it first place position, ahead of Norway (second place), with its massive 34.7% market share.

Norway also offered buyers three different incentives to make the move to electric, which may have some correlation with the number of vehicles purchased. 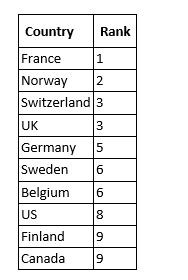 OSV’s joint company director Debbie Kirkley said: “The UK has come in for some criticism in recent years, for the time that it has taken to create the infrastructure necessary to facilitate the switch to more environmentally-friendly vehicles, so it’s quite a pleasant surprise to find that we are now ranked joint third for electric vehicle preparedness and adoption. However, it should not lead to complacency.”

“The fact that France – Paris, in particular – has struggled so terribly with air pollution in recent years may account for the French Government’s serious investment in electric charging points.

“But, while it may seem disproportionate, given the country’s current market share, it could be a canny business move of the ‘if you build it, they will come’ variety.

"People will only start buying – or renting – electric vehicles in significant numbers if they can be confident in their ability to charge them wherever they go. For the moment, the French are really powering ahead in that area.”

“The 2040 petrol and diesel ban will come around faster than we imagine, so it’s great to see the future electric cars selection increasing to provide for the demand. From small electric cars to electric SUVs leading brands are providing for all.”

UK Power Networks, as part of a consortium, has won £11m Government funding for four projects as part of a series of Vehicle to Grid (V2G) innovation bids.