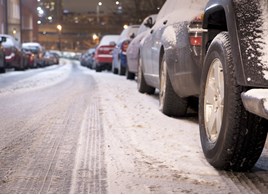 The winter storms that hit the UK at the start of March has left car insurers facing a collective bill of £35 million, according to estimates from The AA.

The AA attended more than 108,000 drivers who needed roadside assistance or digging out of snowdrifts during the big freeze.

Despite the cost, a spokesperson for The AA said there would be no impact on premiums overall.

“There are bigger influences on insurance premiums than a week of snow,” she said.

While it was not possible for The AA to produce specific figures on how many company car drivers were affected, its roadside patrols helped more than 92,000 drivers in total over just six days – a third (33%) more than would be expected on snow-free days. This number jumped to 108,000 by day seven.

Lesley Slater, LeasePlan UK business development and operations director, said: “The fact of the matter is the UK is never truly prepared for snow – despite the improving advance weather warnings – which means that vehicle fleets are inevitably affected when snow falls.”

LeasePlan said any impact was limited by issuing winter driver advice to fleet customers, along with a winter checklist infographic to help put fleets on the front foot before the worst of the weather hit.

Slater added: “We also ensured that we amplified the risks to drivers via our social channels, specifically around the dangers of driving during Storm Emma and the Beast from the East, and how drivers should prepare.

“Businesses on the whole seemed to respond with a ‘safety first’ approach with drivers cancelling scheduled maintenance or tyre appointments until it was safer to drive. The focus the following week had therefore been on rescheduling this work to avoid additional downtime.”

This sentiment was echoed by Nick Hardy, Ogilvie sales and marketing director, who said the majority of his company’s customers advised staff to stay off the road and work remotely if possible.

He said: “People were very sensible. It was the first significantly bad period of weather we’ve had for a while and there really were no significant problems in terms of what we have heard from clients.

“Anecdotally, would could see calls rates through to accident management going up, but the feedback from clients is that most did what you would hope they would do – they worked remotely and kept off the roads. There was no major hit on fleet downtime.”

According to The AA, most calls for cars stuck in snow as well as insurance claims came from the south-east of England and East Anglia.

Despite heavy snow across the central belt of Scotland, fewest calls for help and insurance claims came from north of the border – possibly because the region is used to snow and drivers are better able to deal with the conditions.

Michael Lloyd, The AA insurance director, reassured businesses and drivers that their insurance claims should be met. He said: “Rumours that insurers would deny claims from drivers caught in severe Met Office warning zones was just one journalist’s fanciful line that took off on social media – it just isn’t true.”

By the end of March 4, there had been an estimated national 28,000 incidents (based on The AA’s market share, scaled up to the total number of private cars on Britain’s roads) that were directly attributable to the snow and ice, with a potential cost of more than £35m.

Over the six days of snow, more than half of all claims were snow- and ice-related. That average peaked at 78% on March 3, although the total number of claims was about average for a snow-free February or March day.

The busiest day was February 28 – the second day of widespread snow - when the total number of claims was about 50% higher than normal, with two-thirds (66%) of claims blamed on the weather. And on March 5, several drivers claimed for damage caused to their cars after having to abandon them.

Lloyd said: “As the week wore on with more and more snow falling across most parts of the UK, many drivers appeared to be staying off the roads. For those who did have to drive, it was more like fairground dodgems with the chances of being involved in a collision much greater than on a normal day.”

Potholes on UK roads could cause windscreen damage

A report from Asphalt Industry Alliance (AIA) has warned that potholes on UK roads could cause windscreen damage.

The damage caused to vehicles from potholes over the past year is a 34% increase on the £684m repair bill in 2016.

A further £100 million is being given to councils to help repair potholes following recent bad weather and to protect local roads from future severe weather.