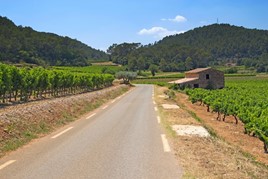 Six in 10 (63%) motorists say roads in mainland Europe suffers from fewer queues, while 56% said minor roads were less congested than those in the UK.

While a quarter (25%) of drivers said they see little difference between motorway service areas in the UK and elsewhere in the EU, nearly double the proportion (46%) favoured those abroad.

Half (51%) also said they believe fuel to be cheaper in mainland Europe which, as RAC Europe data shows, is typically the case – right now diesel costs more in the UK than anywhere else on the continent except Sweden and Italy, largely thanks to higher taxes.

Petrol, however, is currently more expensive in a dozen other EU nations including the Netherlands, Denmark, Greece and, perhaps surprisingly to some UK travellers, France.

RAC Europe spokesperson Rod Dennis said: “It really does seem to be a welcome break for UK motorists when they venture abroad by car. Almost half (43%) say they find the experience less stressful than driving on Britain’s broken roads.

“Our research also reveals just how keen many of us are about getting behind the wheel on continental roads which drivers tell us are quieter and better maintained with friendlier and better-behaved drivers.

“With high levels of frustration over the quality of road surfaces, the sheer volume of traffic and poor driving standards, it is little wonder that Brits appear to be enjoying their motoring experience abroad.”

Overall drivers on the continent are perceived to be friendlier and more law-abiding, with one in 10 saying that UK drivers are friendlier compared with 16% who said those in mainland Europe are.

European drivers are also marginally more law-abiding in the eyes of the British motorists surveyed: 22% said more drivers in Europe obey the speed limit and 17% said fewer drivers use their handheld phones compared with 10% and 6% respectively in the UK.

However, UK drivers just pip their European cousins to the post when it comes to the standard of driving with 23% picking the UK over Europe 20%.

The study found that for some drivers their European road trips can get off to a poor start with a fifth (21%) admitting to having put themselves and their passengers in danger by driving on the wrong side of the road.

It also revealed that despite the prevalence of affordable European sat-navs – and free navigation apps for smartphones – some UK drivers are still struggling with directions, with 39% saying they’ve got lost while driving abroad.

It also showed that it is vital to ensure you are familiar with local motoring rules. More than one in 10 drivers (12%) say they have been stopped by a foreign police officer for a driving misdemeanour, while 6% said they have been caught speeding either while away or when they discover a rather unwelcome envelope on the door mat at home.

Dennis continued: “Nevertheless, it is worth doing your homework when heading off to Europe in the car to further reduce anxiety by checking out local motoring rules and speed limits to avoid falling foul of the law. And the fact that the UK is one of the only European countries where we drive on the left continues to sometimes confuse us when we cross the Channel.

“If you are taking your own car to Europe ensure it has had a recent service before you travel and that you have the right level of breakdown cover in place for the countries you are visiting.”

The RAC is advising UK motorists driving to France to be aware of a new vehicle emissions sticker system which has been introduced to tackle pollution.

France’s EV infrastructure has been ranked first in the Electric Car Index, leaving UK behind in joint third place.