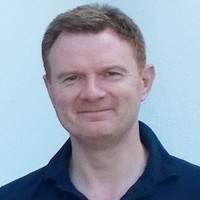 Collaborate UK 2018, CitySprint’s sixth annual survey of over 1,000 SME decision makers found that there has been a year on year increase in business confidence since 2016.

While 89% of SMEs are in the same or better financial shape compared to 12 months ago, despite increased fears over Brexit.

This steady increase in confidence since 2016 shows that SMEs are still very much focused on growth, with younger businesses more confident than their bigger peers; 60% of those less than three years old are more confident about their future than 12 months ago compared to just 34% of businesses of 15-20 years.

Despite this optimism, Brexit is cited by a third (30%) of small businesses as the number one obstacle to the success of their business over the next 12 months, up slightly from last year.

Nearly half (46%) of SMEs have done nothing to prepare for Brexit, with smaller businesses having taken the least action.

CitySprint Group’s chief executive Patrick Gallagher (pictured) said: “It’s encouraging to see that small and medium businesses have continued to maintain their optimism, with confidence actually growing year-on-year even in the face of uncertain economic times.

“But with Brexit just around the corner, it’s worrying that the smallest members of the SME community are the least prepared for it, with the large majority having no plans in place yet.

“Although businesses are understandably focused on their day-to-day operations, it’s essential that small businesses consider how and where their business could be impacted by Brexit and prepare accordingly.”

Although concerns about Brexit are widespread, not all businesses think the impact has been wholly negative; a surprising 39% of SMEs stating that it’s having a positive impact on their business, potentially indicating that the issue of Brexit may be creating work for the UK’s small and medium sized enterprises.

Concerns over Brexit also haven’t hampered business ambition, with 41% of respondents looking to grow their customer base and increase trade in Europe over the next 12 months. A further 25% are looking to expand to North America, and 20% to Asia.

When asked about working with other SMEs, over a quarter (28%) of respondents say they don’t collaborate with other businesses due to a wariness of competition, whilst a further 28% say that collaboration isn’t a priority for them.

“However, it’s disappointing that so many SMEs still don’t collaborate with others; business owners need to understand that by working together they will be able to weather the economic highs and lows and reach their ambitious growth plans - both at home and abroad – much faster.”

How can SMEs streamline the rising costs of running a fleet?

Three-quarters (75%) of SMEs have indicated they are in favour of clean air zones (CAZs) to help address air pollution in UK towns and cities.