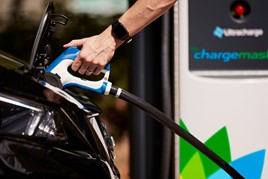 Company car and van drivers could soon be able to pay for petrol, diesel and electricity on a single fuelcard at BP service stations.

The fuel giant has said it will start rolling out ultra-fast charge points across its network of almost 1,300 service stations from the beginning of next year.

After buying Chargemaster – the operator of the UK’s largest electric vehicle (EV) charging network and a leading manufacturer of charge points – for £130 million a combined-use card is seen as the next logical step.

It is also looking at integrating EV charging into its BPme app.

David Martell, chief executive of the now BP Chargemaster, said the company was investing £25m over the next 12 months and expected the rollout of ultra-fast chargers, which can charge a car in a matter of minutes, to be completed within three years.

Highlighting how his company was getting crucial “investment momentum”, he also told delegates at the Westminster Energy, Environment and Transport Forum another advantage of linking up with the fuel giant was they would be able to provide combined fuelcards.

He explained: “People who have plug-in hybrids, for instance, can have a card for their company that actually enables them to fill up with petrol as well as recharge their battery.”

It also means the time spent at the filling station – dwell time – is likely to increase. Martell said: “Currently, people may typically take about five minutes in a petrol station; even with ultra-fast charging that is like to increase to 15-20 minutes. That’s an opportunity for retail development.”

It currently operates 6,500 charge points, which equates to 43% of the UK’s 15,000-strong publicly available network.

Martell said it was increasing Polar’s reach by 150 units per month.

It is also continuing to install its UK-built charge points at homes and workplaces, including signing a partnership deal with vehicle leasing company LeasePlan.

The leasing giant is offering new EV customers the option to bundle an e-mobility solution, with the option of a home charger package and access to the Polar network for the lifetime of the lease agreement.

Matt Dyer, managing director of LeasePlan UK, said: “We’re seeing an increased demand for low-emission vehicles from customers looking to lower their overall fleet emissions and improve air quality. Our latest partnership with BP Chargemaster is just one of the ways we’re making it easier for them to make the switch to electric.

“Bringing together the vehicle and all forms of charging, means we can offer a comprehensive EV solution to help speed up the transition to electric motoring.”

Businesses wanting to provide charge point facilities for EV drivers at work will also be able to take advantage of site surveys, installation of BP Chargemaster’s charge points and support, as well as system access for billing and reporting, said LeasePlan.

It is a focus on fleet which is shared by EDF Energy, one of country’s biggest electricity producers, meeting around one-fifth of the country’s demand.

Revealing its plans to play what it says will be a significant role in the UK’s transition to low-carbon electric transport, the energy provider says it wants to be the go-to destination for businesses looking to electrify their vehicles.

It will offer fleets vehicle and charging infrastructure consultancy and is partnering with leasing company Arval to offer EVs and guidance on electrifying fleets.

Furthermore, it is partnering with ChargePoint Services and Phoenix Works to supply and install EV charge points, while offering bespoke energy billing solutions and a back office system for managing and operating EV charging infrastructure, including employee EV charging.

It has already committed to electrify its own fleet by 2030 by joining the EV100 – a global initiative aimed at accelerating the transition to EVs run by The Climate Group.

Béatrice Bigois, managing director of customers at EDF Energy, said: “It is time to be more ambitious about low carbon transport if we are to reduce our carbon emissions.

“As an industry we have a huge opportunity, and responsibility, to make electric vehicles an easy and obvious choice for all our customers.

“This is why we will be investing in the best technology and products, creating the right mix of charging technology and incentives, and helping customers and businesses realise the benefits of EV as soon as possible.”

Government cuts to the plug-in car grant might yet slow adoption rates of EVs, but if it doesn’t and EV take-up becomes widespread by 2040, Aurora Energy Research says the UK may need an additional three million charge points, costing up to £6 billion.

In a new report, it suggests much of that infrastructure growth could come via new workplace charge points or from commercial fleet operators switching their vehicles to plug-ins.

For light commercial vehicle fleets, Aurora says the business case for switching from internal combustion engines (ICEs) to EVs and installing related charging infrastructure is viable for medium vans if the total cost of ownership can be reduced by 8-15% compared with today.

Recent cost reduction trends suggest this could happen in the next decade, says the report.

It also suggests workplace charging can be profitable, with users potentially prepared to pay £0.09/kWh above retail electricity prices.

Felix Chow-Kambitsch, head of flexible energy and battery storage at Aurora, said: “Commercial and Industrial ‘smart’ charging has a key role to play in meeting high levels of consumer ‘away-from-home’ EV charging demand and represents an exciting development for the energy industry.”

A previous study for motoring research charity the RAC Foundation found that growth in EV car use could be stalled by limitations in the public charging network.

It warned that the mass market appeal of ultra-low emission vehicles (ULEVs) may be restricted without widespread, reliable charge points.

To avoid charging disparity in the UK, the National Grid says Government needs to step in and help with the deployment of ultra-fast charge points.

Peter Abson, UK public affairs and policy senior manager at the National Grid, told delegates at the forum, that a market-led-only approach to infrastructure would result in an “unequal distribution of chargers in the UK, with many rural areas left with no ultra-rapid chargers”.

“It means those communities already facing inadequate mobile and broadband coverage will also be underserved by EV infrastructure,” he said.

“We need to ensure we have sufficient charging infrastructure in place along the motorway network by the mid-2020s, which is the point we believe we will reach total cost parity between EVs and traditional cars.”

Abson’s call for Government intervention was echoed by the National Infrastructure Commission, which recommended that ministers should subsidise the installation of rapid charge points where the market will not deliver them in the long term.

Martell acknowledged that the market is not perfect but revealed that, alongside BP, there are many multi-national companies wanting to invest in charging infrastructure.

“I’m sure there will be patches across the country which might need some Government assistance, but we are working with Government at ways they can be filled in,” he said.

Martell estimates that some £700m of private funding has been earmarked for charging infrastructure in the UK over the next five years. 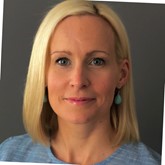 Fleet Poll
What will your next company car be?
Vote
View all
122