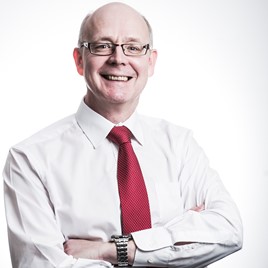 Licence Check has increased the number of options available within its Driver and Vehicle Information Solution (DAVIS) to collect driver details so personal information can be collected and verified more quickly.

Speed and efficiency of checking is becoming increasingly important because of the widespread use of agency drivers across the UK, particularly by delivery firms, many of whom may never have had their licences checked in the past, says Licence Check.

At the same time, a 50% rise in the last four years in the number of drivers in the UK who have had their licences revoked has emphasised the need for companies to be increasingly diligent and ensure driving licences are checked regularly.

Now, Licence Check has introduced new ways of ‘onboarding’ drivers into DAVIS, with the aim of allowing firms to carry out checks of drivers more quickly so that any issues with their licences can be instantly identified.

Traditionally one of the most daunting challenges to any company introducing a driving licence compliance system is securing the necessary permission from the driver pool. The same challenge arises where a company would like to replace their incumbent supplier.

In each case, any existing permissions cease to be effective and must be replaced with a brand-new approval that specifically names the new service provider, it said. The additional workload has acted as a deterrent to companies who may be unhappy with their current provider taking their business to one who might better meet their current needs.

Although DAVIS does not remove the need to secure new driver mandates, Licence Check says it does provide organisations with different options that help to mitigate the unwelcome additional workload.

The newest method, which Licence Check has introduced in recent weeks, is its on-site workflow, which enables clients to add drivers to DAVIS face-to-face a single location, such as a depot or transport hub.

Once they are presented with the driver’s driving licence, the manager or supervisor can add the drivers’ name, personal details and mobile phone number to DAVIS.

The user then performs a visual inspection of the photocard, checking the driver against the photo on the licence to confirm likeness. The manager can also check the card for obvious evidence of tampering or forgery by inspecting holograms and raised characters.

The final screen contains the formal processing statement and summary information that the driver must check to complete the process and permit a check to be instantly carried out against the DVLA database and the results reported back to DAVIS.

There are several other options available to DAVIS users. Currently, Licence Check’s most popular and regularly used method of adding drivers to the system is its e-approval process, which requires little intervention from the user other than adding the driver’s name and email address into the DAVIS system.

The system then takes over management of the process, emailing drivers directly until permission for a check to be carried out is gained by a digital driver declaration. The service also auto-reminds drivers until the declaration is complete, so that fleet managers do not have to get more involved than absolutely necessary.

Some 54% of licence checks are currently carried out by Licence Check using this method.

The next most popular method is still the paper mandate, which accounts for 46% of all licence checks that Licence Check carries out. This works well for drivers who do not have an email address.

Instead, they sign a paper mandate that authorises Licence Check to check their licence on a regular and ongoing basis – again with minimal company involvement.

At the same time, for organisations who wish to switch providers, Licence Check offers an additional service free of charge for those businesses with 25 or more drivers, under which it uploads all drivers in bulk using data exported from the existing provider, with DAVIS then initiating process for collecting driver permission, either by e-approval or paper mandate, which will last for three years unless terminated earlier.

“That’s without taking into account the numbers of ‘regular’ company licence checks that need to be carried out to ensure compliance.

“At the same time, companies that hitherto have refrained or have been put off from switching suppliers, can now do so with complete confidence, minimal effort and very little extra administrative input.”

The ADLV is expecting a marked increase in online licence checks from local authorities after the DVLA ends its driver licence check service in December.

Ebbon-Dacs and Licence Check eye greater share of the market

New compliance supergroup aims to ‘blow opposition out of the water’.

Licence Check is reminding fleets that employees may not be familiar with UK driving laws after more than 150,000 foreign drivers last year swapped their driving licences for UK equivalents without having to pass a driving test in this country.