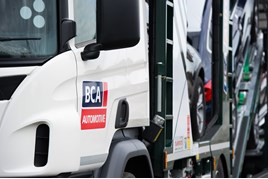 Private equity firm TDR Capital, part of a consortium of investors which owns LeasePlan, is in advanced talks to buy BCA Marketplace in a deal which would value the remarketing company at £1.9 billion.

The Financial Times yesterday reported that shares in the remarketing specialist had jumped 22% to 237p following news of the potential acquisition.

BCA has confirmed discussions with TDR to buy it out at a price of 243p a share were “at an advanced stage” following its rejection a year ago of a £1.6 billion bid from private equity group, Apax Partners.

This bid valued BCA, which also owns WeBuyAnyCar.com, at £2 a share, which the remarketing specialist said undervalued it.

The Financial Times said that if TDR moves to make a firm offer at the slated price, which represents a 25% premium to the share value at close of business on Wednesday, the board of BCA plans to unanimously recommend shareholders accept it.

BCA's most recent set of annual results were published in June last year and showed that the group had boosted its operating profits by 17.9% from £74.3 million to £87.6m.

Group revenue was £2,431.5m (2017: £2,029.7m) and the business saw increased volumes across all divisions, with its UK Vehicle Remarketing division achieving over one million vehicles sold in the year.

BCA declined to comment on the report. The company is the UK's largest auction and remarketing business with 21 auction sites, as well as a logistics business, defleet services and dealer funding services.

TDR Capital is part of LP Group BV, a consortium which in 2016 bought LeasePlan from Global Mobility Holding BV, a joint venture of Volkswagen Aktiengesellschaft and Fleet Investments BV.

At the time, Manjit Dale, founding Partner at TDR Capital LLP, on behalf of LP Group BV, said: “We are excited to have completed the acquisition of the market leader in global fleet management and driver mobility.

“We strongly believe in the future of LeasePlan, a company with an unmatched portfolio of market-leading assets, loyal clients, a highly dedicated employee base and a sound strategy for the future, under highly experienced management.

“We all look forward to supporting the management team as they continue their focus on growing the business.”

LeasePlan was founded in 1963 and now employs more than 7,300 staff in operations across 33 countries. Last year's FN50 research identified it as the third largest contract hire company in the UK, with a risk fleet of 169,695 vehicles.

A statement on TDR Capital's website said: "Currently, LeasePlan is strongly focused on the digitisation of its business and transforming its approach to used vehicle remarketing."

Matt Dyer, LeasePlan UK’s MD, has been appointed as president and CEO of LeasePlan USA, with LeasePlan Italy’s MD, Alfonso Martínez, replacing Dyer in the UK.

The UK is lagging behind European leaders in its electric vehicle preparation despite having the third most EVs in the continent, LeasePlan has found

LeasePlan profits down but global fleet grows by 4.4%

LeasePlan increased its global serviced fleet by 4.4% in 2018, while its net result was down for the full year.