Cap HPI says it does not expect a repeat of the turmoil experienced in the used car market in 2008, despite reporting the largest decline in used values for almost five years.

A little more than a decade ago, the UK was in the grip of a recession sparked by the banking crisis, which saw used car values and vehicle leasing company profits plummet.

More recently, used car values have experienced the heaviest monthly drop since December 2014 and the steepest fall in the month of May since 2012, when live data was introduced, according to automotive data experts at Cap HPI .

On average, used values fell 3.1% in May at the three-year, 60,000-mile point. It followed a 2.3% drop during April, which represented a significant realignment in used car values.

Derren Martin, head of UK valuations at Cap HPI, said: “Every model and generation is analysed on its own merits, and the vast majority of cars were not immune to substantial reductions.”

The latest used car dats from Cap HPI, relased last week, also showed that average used car values for 3years/60,000 miles models fell by 2% in June. However, Martin said: "While this could be viewed as a continued weakness, the average drop in June over the last five-years is 1.1%. We see it as a sign of stabilisation after at least two turbulent months for prices.”

Cap HPI blames the market correction on what it describes as a “perfect storm” in recent months and highlighted three factors:

So is this just a blip or does the industry need to batten down the hatches and fleets prepare for increased rentals?

Nick Hardy, Ogilvie Fleet’s sales and marketing director, believes it’s the former. He explained: “How the market is performing now and how it will perform in three years’ time is very different.

However, he warned: “If the used car market does continue to ‘correct’ in the coming months, the likelihood is a lowering of future RVs and an increase in lease rentals.

“If the past two months were a correction then all will settle down. If there is a continued decline, we will all be more challenged.”

In its June market analysis, Cap HPI reports high volumes in the used arena, thanks to the leasing sector defleeting three-year-old cars.

Notable movers in June at three years/60,000 miles, according to Black Book, included: the diesel Audi A3, which saw an average fall of £418; the diesel BMW 3 Series, with a decline of £367; and the diesel Nissan Qashqai, which fell, on average, by £329.

Among the highest average falls reported were the diesel Kia Sportage at £605 and the diesel Volkswagen Tiguan at £651.

Stewart Lightbody, fleet director at M Group Services Plant and Fleet Solutions, said market fluctuations were normal, but it was important to understand the “wider impact” of the move away from diesel.

He said of the used values decline: “It’s not like it should be a surprise to us – well, maybe from a timing perspective, but not much else. It has been coming.

“We’ve seen for the past few years that RVs were holding their own above market value because people are coming out of company cars for taxation purposes and picking a used diesel because they are cracking propositions.

“The leasing industry must be thinking, in the next four-five years, where will all of these diesel vehicles that are a few years old go?”

As diesel’s decline is accelerated by advances in technology, the roll-out of fast-charging infrastructures, more affordable electric vehicles (EVs) and the adoption of ultra-low emission zones (ULEZs) in other cities, so their value will follow suit, said Cox Automotive.

In Cox Automotive's newly released 2019 Insight Report, it says it is already seeing the emergence of a regional trend for used diesels, as dealers move products away from ULEZ-affected areas in favour of towns and cities with less strict environmental policies.

Given the influence of emerging low emission zones, it concludes that “location will play an even more important role within the used sale process”.

Leasing company Total Motion sells virtually all of its defleeted vehicles direct to the public. The company also re-leases low mileage cars, which it has had returned, into the personal or sub-prime markets to minimise the hit it would otherwise take, given a car suffers the steepest depreciation in its first few years.

Total Motion managing director Simon Hill told Fleet News the fall in used values was not a “massive surprise” given the slow-down in the economy and the over-supply of new and pre-registration cars from manufacturers.

“In the short term, I don’t see leasing rates being affected,” he said. “However, a 4% reduction in used car values for those leasing companies that use auctions is significant and will cause a degree of discomfort.

“For those that use retail sites rather than auctions, the pain will be far less noticeable. I suspect over the next 12 months there may be a further downward adjustment.”

An increasing number of leasing companies are taking alternative routes to market for their used cars to maximise RVs.

Last year, Arval launched a used car leasing product called Re-Lease. This offers vehicles taken from the leasing company’s own fleet with fewer than 30,000 miles on the clock and less than 30 months old to business and consumers.

LeasePlan also launched its CarNext.com online used car supermarket in the UK. This takes ex-lease cars between three to four years old and offers them to retail used car buyers to buy, lease or finance. It opened its first physical showroom in Milton Keynes last August.

Oliver is responsible for some 150 company cars and a promotional fleet of 40-plus vehicles. He said: “If there was what looked like a terminal decline in a certain powertrain then we’d be worried, but we accept that over the lifespan of a vehicle the numbers will go up and down a bit.

“A lot of it comes down to how we looked after that vehicle. The market does what it does and we have to do the best we can do within our circle of influence.”

Oliver says he also isn’t constrained by having to defleet vehicles at a particular time; instead Red Bull UK “continually” sells small numbers into the auction network.

“We then see what we get against the CAP percentage and look at that month-on-month,” Oliver explained. “If the car needs a bit of bodywork or something we accept that it might come a bit under.”

He continued: “The most we sell in any month would be six or seven cars. The good thing about owning is we can hold on to cars if we want to, dependent on how the market is performing.”

In terms of this year’s used market, modelling from Cox Automotive suggests there will 7.795 million used car transactions this year, which is about 2% down on 2018.

It says the ongoing consumer uncertainty of recent years, which has put downward pressure on new car registrations, has also made consumers less willing to upgrade one used car for another.

Despite Parliament objections, there also appears to be growing momentum in favour of a ‘no deal’ Brexit rather than risk further delay to leaving the EU.

Cox Automotive believes this could have a further damaging impact on consumer confidence and both new and used car sales.

It says: “Should political and economic circumstances cause an even greater depression in consumer confidence, then we must entertain the possibility of a 3-5% decline year-on-year.”

Cap HPI expects demand to pick up and Martin concluded: “While supply levels are likely to be higher than they were last year, with prices now realigned and demand likely to pick up, it is very unlikely that prices will continue to decline at the rate witnessed over the past two months. Many cars now actually look reasonable value for money again, and this could lead to some relative stability.” 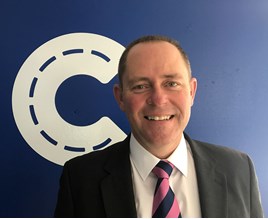 'No need for a mass revaluation of stock or forecast pricing, demand is stable'

The accompanying article is a clear demonstration of the need for a change in the way that the industry seeks and uses data and insight.

The reporting consistently relates to monthly pricing movements and refers to monthly trends and patterns. For an industry that has one of the highest values in the UK economy, this is no longer the most effective way to understand market challenges.

While the industry has seen many advances in manufacturing and customer service in recent years the reliance on monthly insight results in significant trading challenges and a reactive approach which is usually slower than the consumer and the retail pricing that drives today’s market.

In this instance, there is no doubt that the new car market is still in decline. The Society of Motor Manufacturers and Traders (SMMT) measure is based on new vehicle registrations and not actual sales. It is not immediately clear what level of pre-registration makes up the total figure.

While daily registration updates are available to some, they are rarely shared and this would show a very interesting slant on the way in which new cars are registered over the course of the month.

Looking at the used car pricing aspect it is fascinating to see reference to the need to move values downwards to reflect what has happened in the market.

A bias to manual editing and the number of vehicles in the market means it is impossible for Cap HPI and Glass’s to keep up with market movements effectively.

As such, periodic price realignment is essential when using the old wholesale historical data-based valuation methodology.

My company uses real-time retail driven data on a day-by-day basis. In doing so, businesses that need to see the current or future value of any given vehicle registration can have transparency of what is happening today and not what a group or team of people thought might happen when they compiled data some weeks before.

Therefore, there is no need for mass revaluation of stock or forecast pricing, because the true picture is that of stability and continued retail consumer demand. That is not to say that footfall has not fallen and closing a deal has become more difficult, but pricing has remained stable.

The number of used electric vehicles (EVs) has grown by 27% since 2017, according to Cap HPI.

The board of BCA Marketplace has accepted a £1.9 billion offer from LeasePlan private equity owners TDR Capital, which will now be recommended to shareholders