All major parties commit to speeding uptake of EVs 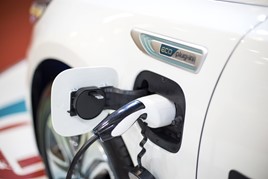 The Labour Party says that cutting emissions will drive its transport policies if it forms the next Government.

Launching its manifesto last week, it pledged to end the sale of petrol and diesel vehicles by 2030 and put the UK at the forefront of the development and manufacture of ultra-low emission vehicles (ULEVs).

It also says it will invest in electric vehicle (EV) charging infrastructure and in electric community car clubs.

Rebecca Long-Bailey, Labour’s shadow business, energy and industrial strategy secretary, gave some detail around the policies at the party conference in Brighton.

She also called on car fleets to go 100% electric by 2025 by offering the removal of the £320 vehicle excise duty (VED) surcharge on EVs bought for fleet use costing above £40,000; promising to install EV charging stations in all workplaces that transition their entire fleet to EVs by 2025; and maintaining the existing schedule for company car tax for pure EVs at 2% beyond 2022/23.

Furthermore, she said a Labour Government would invest £300 million to roll out community car clubs across the UK, with a fleet of 30,000 plug-in cars that could be rented through an app.

The Liberal Democrats also want all new cars and vans sold to be electric by 2030 and pledged to accelerate the take-up of EVs by reforming vehicle taxation and cutting VAT on EVs to 5%.

In addition, it wants EV charge points installed at a faster rate, including residential, on-street charging and ultra-fast chargers at service stations.

For the Conservatives, Boris Johnson has promised a “clean energy revolution” after Brexit, saying he wants a charge point within 30 miles of every person in England and Wales.

He said a future Conservative government would invest £1 billion on a fast-charging network for electric cars and vans. A future Tory Government will also make a £28.8 billion investment in strategic and local roads.

It has already committed to end the sale of new ‘conventional’ diesel- and petrol-powered vehicles by 2040, with cars and vans requiring a zero-emission capability.

But, speaking at the Conservative Party Conference, transport secretary Grant Shapps said he would like to “thoroughly explore” the case for bringing this date forward.

“The Committee on Climate Change has said 2035 is a date for which we should aim,” he said.

The Conservative manifesto says it will consult on the earliest date we can phase out the sale of new conventional petrol and diesel cars, while minimising the impact on drivers and businesses.

The British Vehicle Rental and Leasing Association (BVRLA) says whoever forms the next Government needs to back the fleet sector by confirming the long-term status of its plug-in vehicle grants.

The association’s manifesto outlines a seven-point plan produced for the next administration’s first 100 days in office.

Along with wanting the plug-in grant for pure EVs to be extended until 2025, it wants the next Government to re-introduce the grant for hybrid vehicles as a short-term measure while supply constraints for pure EVs continue.

Furthermore, it is calling for extra funding for fleets to help with the costs of installing EV charging infrastructure, an adjustment to CO2-related taxes to encourage investment in greener company cars and a scrappage scheme to help upgrade vans and trucks operating within clean air zones.

BVRLA chief executive Gerry Keaney said: “The main political parties have provided lots of ambitious targets for reducing transport emissions and congestion but precious little detail on how this rapid transition is going to be achieved.”

IAM RoadSmart, meanwhile, is calling on the next Government to prioritise road safety through the Health and Safety Executive.

It wants it to be at the core of good corporate governance and procurement practice in the private and public sector.

Mike Quinton, CEO of IAM RoadSmart, said: “We believe by working together with government and the road safety industry, we can deliver a step-change in road safety and significantly reduce the fatalities and injuries which occur daily.”

It proposes to remove the £320 Vehicle Excise Duty (VED) surcharge on EVs purchased for private fleet use above £40,000 for two years.

Shadow business secretary Rebecca Long-Bailey says under a Labour Government electric car clubs would be rolled out across the UK.

IAM RoadSmart is calling for politicians to put post-test training and human behaviour at the heart of the road safety debate in the next Parliament.