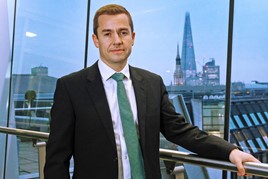 The UK’s largest vehicle leasing company, Lex Autolease, is planning to close its offices in Birmingham and Aylesbury, resulting in potential job losses.

Fleet News understands that both offices will close by the end of the year, with employees at the Birmingham office being offered new roles at its Cheadle operation.

However, with just 60 new roles being created at Cheadle, that will result in a net reduction of approximately 40 jobs.

The company is currently reviewing alternatives for the remaining staff in Birmingham and those employed at Aylesbury.

Lex Autolease, which is owned by Lloyds Banking Group, operates a risk fleet of 350,000-plus vehicles, according to the latest FN50 data.

The changes are expected to allow the business to respond more flexibly to the needs of its customers.

A Lloyds Banking Group spokesman said: “We can confirm that last week we announced some organisational changes.

“These changes are designed to adapt our structure for the future needs of our customers.

“Change does mean difficult decisions and we are focussed on supporting our colleagues at this time.”

Jones (pictured) was already MD at Black Horse and took the reins at Lex Autolease in November 2018. It was the first time that Lloyds Banking Group had appointed a single managing director to oversee both its business and consumer vehicle finance divisions.

He joined as the latest Lex strategy cycle (2018-2021), which previous MD Tim Porter had outlined to Fleet News, was being implemented.

The priority has shifted from one of substantial growth targets to one of sustainable growth, focusing on customer service, digital services and automation.

Porter’s 100,000 growth target was the right strategy for the business at that time, according to Jones, but success is now being defined by customer satisfaction and retention.