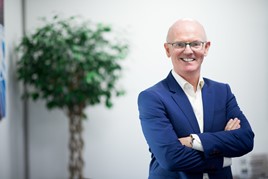 Nexus Vehicle Rental is celebrating its 20th anniversary by pledging to support 20 different charities over the next 20 months, including a local food bank, primary school and the Dog Trust Leeds.

The business will first partner with The Trussell Trust in March, holding a collection in its reception which will be delivered to the local food bank, and in April the Nexus team will show their support for LGBT charity, Stonewall, with a Rainbow dress down day.

Since launching at the turn of the millennium, the company has grown rapidly, hitting turnover of £100 million in 2019 and reporting record revenues up by 28% in the last financial year.

In 2018, Phoenix Equity Partners backed the £142m buy-out of Nexus, three times more than the company had been bought for just three years previously.

Earlier this year, Nexus also celebrated a record peak period, which saw the business facilitate 20,000 rental bookings in operation on just one day.

Its supply chain gives customers access to more than 550,000 vehicles across 2,000 locations, including EVs, specialist and commercial vehicles, HGVs and one day, autonomous vehicles.

David Brennan, CEO of Nexus Vehicle Rental, said: “In our 20th year, whilst we should look back on our successes and celebrate the huge achievements everyone at Nexus has helped deliver, it is also a time for us to look to the future.

“We have spent the last 20 years making sure that we are able to meet our customers’ ever-changing needs and we will continue to do this for the next 20 – and beyond.

“I would like to say a huge thank you. Thank you to our employees and our suppliers, for keeping the business moving, and to our customers – here’s to the next 20 years.”

Nexus Vehicle Rental has appointed Jim Faulds as chairman to support the company through its next stage of its growth.