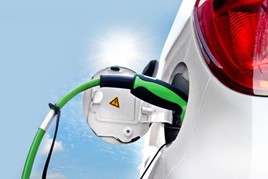 A new zero percentage benefit-in-kind (BIK) tax rate for electric vans, which takes effect from April 6, has been underpublicised, according to the Association of Fleet Professionals (AFP).

AFP chair Paul Hollick says that very little publicity has been given to the new, low tax rate, yet it could help drive adoption rates, similar to the way new company car tax rates are helping fleets make the switch away from fossil fuels.

He explained: “We’ve seen in the EV market how the 0% tax rate has been decisive when it comes to driving company car driver interest and, as it has become more widely known, demand for electric cars has increased exponentially.

“While eLCV drivers have a much reduced say over what they drive compared to company cars, there is certainly potential for a similar effect. However, our feeling across the AFP membership is that the whole subject has been underpublicised.”

Hollick believes that the industry is now in a position where a choice of electric vans are coming onto the market to meet a wide range of needs and for which the whole life costs look competitive, based on initial figures.

“What we need now is greater awareness,” he said. “Certainly, as a trade body, this is an area that we are looking at in detail. Several of our larger corporate members are committed to large scale adoption of eLCVs and we are monitoring their experiences with interest.”

Crucial to the adoption of electric vans was ensuring that fleets measured their running costs on a simple whole life cost, pence per mile basis, rather than looking at the capital cost, says the AFP.

Hollick continued: “The arrival of both electric cars and vans has highlighted the surprising number of businesses that still acquire vehicles largely by looking at the purchase price. This disadvantages EVs, which cost more to buy but less to fuel and maintain.

“We’re doing quite a lot of work in this area, especially through our new EV training course, which takes place for the first time in March, showing how to integrate these vehicles into choice lists and buying strategies alongside petrol and diesel alternatives.”

The AFP was formed in March, 2020, from the merging of the Association of Car Fleet Operators (ACFO) and the Institute of Car Fleet Management (ICFM).