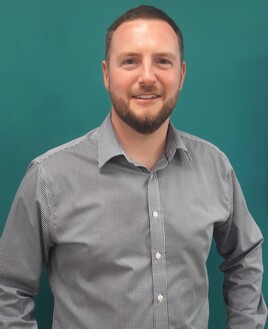 So far this year, more than 675,000 vehicle movements have been made through MoDel, up 75% year-on-year, when a global shortage of semiconductors has lengthened lead times for new cars.

The record deliveries have been achieved, it says, through a combination of the original MoDel solution, which integrates with Ebbon-Dacs’ Leaselink e-procurement platform, and the MoDel portal.

This was originally designed to allow companies, such as brokers, dealers and logistics providers, which are not users of Leaselink to benefit from its use.

The MoDel portal has accounted for more than 580,000 vehicle movements to the start of November - a new record and an increase of 80% on the previous year.

The Leaselink-integrated version of MoDel accounted for the remaining 95,000 vehicle movements.

The increases have come from organic growth, with more than 20 new customers, primarily logistics suppliers, vehicle manufacturers and leasing companies, who have adopted the solution.

Over the past 12 months, MoDel has seen continued and major investment with a host of new releases designed to enhance its functionality, many based on end-user feedback, while a number of new initiatives are planned for early in the new year.

These include a new sub-contractor module, which has been developed in conjunction with input from end-user workshops and will allow logistics companies to sub-contract vehicle deliveries to other logistics suppliers through the MoDel portal. This new module is due for release this month.

Due for release early in the new year is a new multi-load transport module which, again based on operator feedback, will allow users to create multi-vehicle loads for large vehicle transporters.

Michael Terry (pictured), Ebbon-Dacs’ head of commercial for MoDel and Stockviewer, said: “At a time when vehicle supply has been severely constrained by the global semiconductor shortage, both versions of MoDel have delivered outstanding results.

“It remains to be seen whether we will see an easing of the supply situation in 2022. But we are confident that, whatever the market conditions, MoDel will continue to provide end-users with the systems they require to effectively manage their vehicle movements.

“We will continue to invest heavily in new functionality with new releases planned on a regular basis throughout the year to ensure MoDel continues as the market’s leading vehicle delivery platform.”

Ebbon-Dacs is reporting a sharp increase in usage of its electronic vehicle delivery and collection solution, MoDel, despite the coronavirus pandemic.