More than half of councils yet to start EV fleet transition 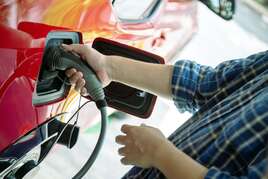 The data comes from a freedom of information request, sent by Smart Cities Connections (SCCL), to which 295 local authorities responded. A further 88 councils did not provide data.

Almost one-in-five of the councils that did respond (19%) said they have absolutely no EV strategy planned, with a further 104 councils (37%) having transition strategies planned but not started.

The councils that responded collectively operate 67,234 vehicles and, of that total, 8,231 belong to local authorities that have no EV transition strategy in place.

Andrew Merritt-Morling, chief executive of SCCL, said: “Understandably, local authorities are at the forefront of leading public awareness of the growing urgency of the climate emergency.  But a significantly large proportion representing 160 councils (or more than 54% of respondents) either do not have any plans in place to transition their own fleets or who have rudimentary plans but no firm implementation timetable.”

Based on the fleet data provided to SCCL, council fleets operate 39,700 cars and LCVs collectively. The rest of their fleets consist of trucks, buses, coaches, specialist equipment and two-wheel vehicles.

SCCL says this is in stark contrast to the majority of company fleets which are more commonly weighted to cars and light commercial vehicles.

Local authorities have a wide range of transport requirements; ranging from pool cars and light delivery vans, to dust carts and road-sweepers, through to specialist passenger transport.

Figures from the Society of Motor Manufacturers and Traders (SMMT) January 6 show that 190,727 new pure-electric EVs joined Britain’s roads, along with 114,554 plug-in hybrids (PHEVs), meaning 18.6% of all new cars registered in 2021 can be 'plugged in'.

“In the wake of increasing social care costs, reduced real-term budgets, impact of Covid-19 and other factors affecting council budgets, council budgets are under pressure like never before.  However, evidence of councils transitioning to EV vehicles – particularly for cars - seem to support the positive lead councils are taking,” said Alexandra James, head of research at SCCL.  “However, it is clear – as is true for businesses – there are leaders and laggards.  More than two-fifths of councils still have not published plans for how they will make the transition from petrol/diesel to EV in line with the Government’s timetable, and we are now only 8 years away from the first government-imposed deadline."

Merritt-Morling added: “Now is the time for organisations to start thinking about their individual journeys.  No one size fits all, but the earlier they – including councils – start the process, the better the benefits to the council, the local taxpayer … and the environment."