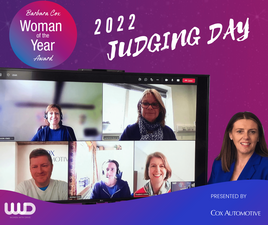 The shortlist has been announced for this year's Barbara Cox Woman of the Year Award, which recognises inspirational female leaders in the automotive industry.

Cox Automotive launched the award in the UK in 2019 to honour women who demonstrate a commitment to innovation, leadership, or community.

The award, named after Barbara Cox, who served as director of Cox Enterprises, Cox Automotive’s parent company in the USA, is held in association with AM, Fleet News and Smart Transport.

A record number of entries were received from across the automotive industry. The winner will be announced on Tuesday, March 8 at the next ‘Women with Drive’ event organised by Cox Automotive to celebrate International Women’s Day. As well as the prestigious award, the winner will receive £5,000 to spend on her own personal development.

The six shortlisted women are:

Commenting on this year’s Barbara Cox entries, Fisher said: “It was great to receive over 50 nominations from across the length and breadth of the automotive industry. 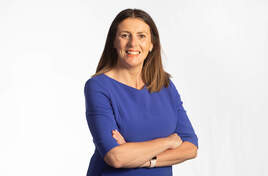 "This award is very special and unlike so many others - we are looking for a great leader, innovator and someone who gives back to their community or industry, just like Barbara Cox after whom this award is named.

The winner of this year’s Barbara Cox 'Woman of the Year' will be unveiled at the Women with Drive event taking place at the Cox Automotive Bruntingthorpe site between 2pm and 4pm and is free to attend online - register here if you'd like to tune into the event.

Female fleet leaders in the frame for Barbara Cox Award

Four women from the fleet sector have been shortlisted for the Barbara Cox Woman of the Year Award, which recognises an inspirational woman in the automotive industry.

Lorna McAtear is Barbara Cox Woman of the Year 2021

Lorna McAtear, fleet manager at National Grid, has received the Barbara Cox Woman of the Year Award at an event to mark International Women’s Day.

There is just one week left to enter the Cox Automotive Barbara Cox Woman of the Year Award, run in association with Fleet News, AM and Smart Transport.